As promised dear readers I was gonna write to you about my experiences in Skyrim and what I enjoy about it. So here you go!

As a Dark Elf I never thought I would make it this far. I told myself there’s so much to do and see that I don’t know where to start! Skyrim’s a big place, you could probably spend 24 hours straight running around there and still not discover everything there is to see there.

I for one have not been everywhere there yet but there’s so many places to go so. You could either do a whole bunch of things and not touch the main quest until you feel like it or vice versa. So now onto my experience with it.

I’m wearing light armor, excelling in one-handed weapons and destruction magic. Pretty good right? I would like to at least get to glass armour real soon. Increasing smithing can be a real pain but you can always save up money and pay Eorlund Gray-Mane to train you but it gets pricier as you go. The first faction I joined was the Companions because I was the most familiar with them and I’ve always wanted to be a werewolf. Remind me to start Dawngaurd because I really need to do that.

Didn’t take me long to choose which one of the Companions I think is a favourite of mine. I think I’d say it’s Farkas. Which is why I ended up marrying him after buying a house in Whiterun! He’s cute for a werewolf, and strong. Yeah no judging, there are soooo many video game characters out there that are attractive. His twin brother Vilkas: Meh……not as handsome and not as nice as Farkas!

Yeah it’s a shame that Farkas and so many other video game characters are attractive and they’re not real, and when you can get into relationships with them in the games it’s even better hahahaha!!! So well that’s the latest that happened. Bought a house in Whiterun and married Farkas: Something to be proud of.

Anyhoo onto the next stuff, I still got more major ground to cover in the Skyrim universe such as bring down Alduin but c’mon everyone needs to do that! Oh and, oh yeah…..remember when I wrote about how exciting dialogues can be sometimes? Well yes talking to the almighty Paarthurnax was a great part too I’d say! Wise, powerful, and yeah you know what I mean? Most people would say that talking to him takes like twenty minutes because he’s got a helluva lot to say but it’s important right? That is why I stated earlier that sometimes just talking to characters is good just as beating up bad guys is!

I love Paarthurnax, as much as I love Farkas! Listening to him speak is breathtaking and I live to serve him and the Greybeards. That is why as soon as Delphine sent me a note I wanted to get her out of my way as quickly as possible because I know what she and Esbern are up to. I am Dragonborn but my mission is not to slay every last dragon in Tamriel! I’ve got a different priority and that’s to stop the world from ending so I must take down Alduin! Okay now I’m entering my gaming mode I would play tonight but some other night will do this time.
Next steps on the list of my Skyrim experience? Well that involves I definitely gotta get better armour because soon things will get even tougher and start Dawnguard and Dragonborn because those DLCs are waiting for me, and oh yeah defeat Alduin. That creep is going DOWN when the time comes! Well that’s it for now. Gotta work up a strategy for the game’s next upcoming quests that I haven’t done yet. 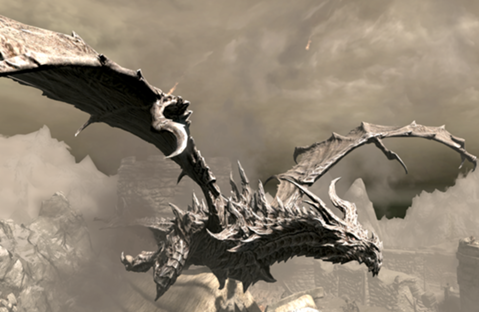