Of all the Halo fans in the world I think I’m almost the only one who chooses a different side. You know what I speak of if you play these games. I’ve always been fascinated with aliens whether they be big and burly, small and scrawny, or tall and fierce. However with all the other fans in the world all they want to do is shoot them.

The Hunters, Grunts, Brutes, and Jackals are solid in my view but I prefer the Elites or Sangheili as they are really called. There is just something about them that I like. Sadly due to the lack of people who like them there are too many pictures of them being killed, assassinated, or dead on the ground. But the first time I played through Halo 3 with my brother I was Thel ‘Vadam the Arbiter through the campaign and as I learned about him, I started to like his kind more than my own kind in the game.

Then while playing Halo 2 I learned more about his background like how he became the Arbiter that he is known as now. When I learned that he led the Fleet of Particular Justice to attack Reach and then later on failed to guard Installation 04 that was when I understood the concept of him being called a heretic to the others. I’m just glad that his people turned to the good side when that buff Brute Tartarus turned against him and his brothers. Otherwise I would have ended up killing more of these guys than ever.
Thel’s not the only Elite who is a favourite of mine. There’s also a Shipmaster. 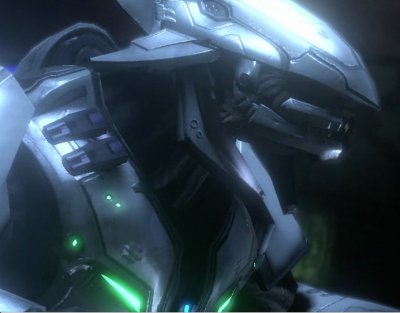 Of course most of you would call him Shipmaster or half-jaw since he’s missing his left mandibles but I call him by his real name: Rtas ‘Vadum. I love how he is known for being quick, smart, an extreme tactical thinker, an unparallel fighter with an Energy Sword, and an excellent leader. I mostly remember him by his role in Halo 3 when he commands the Shadow of Intent. Just like Optimus Prime; Rtas is one of the fictional leaders with the personality, skills and appearance that I so admire. He becomes so much calmer in the third game which I seem to like as well. He looks a lot more attractive (well for an Elite hahahaha!) in the third game.
Now yeah I admit it, these two Elites are attractive aliens and okay that’s a little awkward but c’mon doesn’t everyone have a few video game characters that they think are attractive? Yeah I think we all do.

Back to the main idea here. I don’t seem to get why no one likes the Covenant. I’ve always had a thing for aliens, plasma weapons, lasers, and all that cool shit. The aliens always have the cool stuff that we haven’t even invented yet. We don’t have gravity lifts, laser beams, slipspace, etc. Not to mention really powerful lasers capable of destroying a large city or landscape. In this case they call that glassing. Now here comes the clash between glassing vs. MAC guns. Most of you would probably argue that the humans have better weapons and that MAC guns always prevail as a last resort. Maybe that’s true but that won’t make me switch sides. The UNSC military all I see it as is a futuristic version of our current military (mostly in the US) and nothing else. Meanwhile the Covanent have things I wish we had. Why even their ships are colourful!
The Sangheili are the kind of aliens I can see myself as the brothers I have never had and if I was one of them I would be Supreme Commander of five fleets and my main ship would be a Supercarrier like Long Night of Solace. I could be the first female Elite to command several fleets if I was one of them!
That was a fantasy I made two years ago. It is still a part of me today but rarely comes into thought recently.
Now if you really want to know; the truth is that I’m not the most talented Halo player. I never even made it to Legendary like maybe most of you readers have. But I think the reason why is because I do more than just play all day like most of you may do. No offense meant. I may be Commander rank in Halo Reach but that doesn’t necessarily mean I’m really good at the game. To be honest I am a Halo fan not because I like to play the games and become a really great player. I am a Halo fan because I enjoy learning the stories of the Covenant especially the Elites because well as I said: Aliens are a passion of mine and always will be.
-Emily
﻿
﻿