I’ve been neglecting to expand my horizons in the Transformers universe due to other interests and committments popping up lately but with a little more free time I’ve finally branched out more in the franchise. Now I’m watching two series, and so far they impress me more than I thought.

Since this is about two series, I figured it would be best to split this into two entries starting with the most classic of all that everyone has seen except me until now: The G1 series. 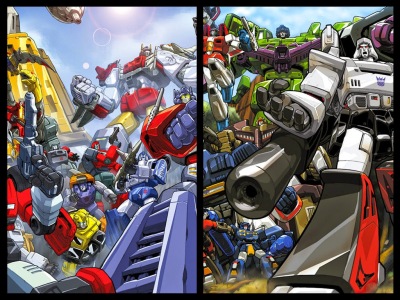 Better late than never in watching this series right? As you can see both sides clash. It seems that most of the time, Megatron and his Decepticons are looking for power sources on Earth so they can harvest Energon with it and return to Cybertron. The Autobots will stop at nothing to prevent Megatron from taking over Earth and Cybertron. Are there human allies? Yes in fact, but finally those human allies have their place and do not take over. This is what I came to see when I started watching this series: Autobots fighting Decepticons, Megatron has an evil plan, the Autobots are going to stop him and do need some assistance from a few humans depending on where Megatron plans to go, Soundwave uses his Mini-Cons to get access to whatever sources are needed, and Starscream as usual is stirring up some trouble to overthrow Megatron. By the AllSpark…..why didn’t I start watching this shit earlier!? The Autobots are treated like characters, the Decepticons have personality and the humans do not hog the screentime.

I don’t know how far I’ll go through this series cause there are several seasons. According to some people, the first two are worth it. Not too sure about what comes after the movie in ’86 which I saw in my Junior year. We can only hope the best and keep watching.

The Autobots? I’ve been meeting a bunch of ones that I’ve never heard of at first but it’s a start right? I was planning on learning all this anyway! Look at Optimus, a lot bulkier and he is once again the Optimus that I love: Compassionate and only killing by means necessary. He never lets the war make him too emotional. Sure he doesn’t have those flames that make him sexy (sorry….nope not sorry!) but he’s still the wonderful loving Prime that I love. Bumblebee can talk for a change which makes me happy. Ironhide, he’s such an old timer but still an old friend of Optimus. Ratchet hasn’t changed, still the medical officer that I know that does what he does best. And I’m being introduced to new characters like Cliffjumper, Hound, and more. The more the merrier I always say. 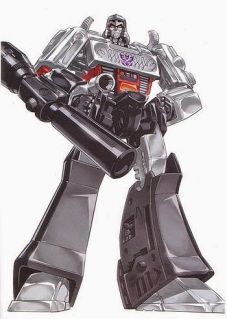 The Decepticons don’t get any more bad ass than this! Megatron, I like him already him being my favourite Decepticon. Why is it that when it comes to both sides I take interest in the leader first? Oh wait, that’s cause they are the toughest. Starscream looks just like he does in War for Cybertron, he even sounds the same. Stirring up trouble to overthrow Megatron and trying to convince his Decepticon Seeker friends Skywarp and Thundercracker to help him. But in spite of all that they are still loyal to Megatron. Hey Megatron, if Starscream is such a bother and does this to you all the time, why don’t you just kill him already? Soundwave and Shockwave I can’t decide who I like better, but I love Soundwave’s voice, and Megatron’s laugh. If the villain has a good laugh there’s a 100% chance that I’ll like them!

I’m only on season 1 but right now it’s getting exciting. The first few episodes were about the ‘cons harvesting Energon on Earth in hopes of going back to Cybertron until the Autobots put an end to it. Now it’s on to those episodes where there’s something different happening every time. I don’t know how long it’s gonna take for me to get through the whole series cause there’s a helluva lot of episodes but I enjoy every moment of it. The last time I was binge watching a TV show that only I was interested in was when I got into Chaotic. (Game of Thrones doesn’t count cause that’s a show that now runs in the family)

It’s nice to finally take a step into the side of Transformers where my expectations as a fan are met, I’ll get on writing part 2 ASAP. In the mean time I think Bumblebee approves of this! 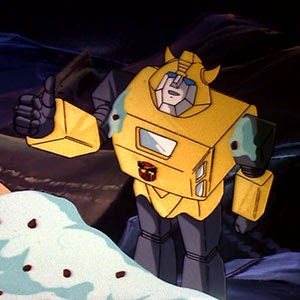