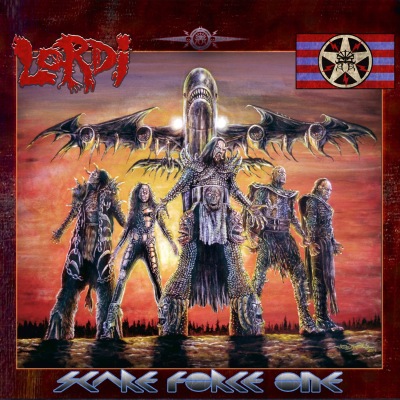 After a long wait since the last New Year’s Eve, Lordi’s new album has finally come out.

My thoughts? Well I do not have a long review to post so I’ll keep it really simple. Some of the tracks I was impressed with and some of them I was not. This was kinda like what I thought about To Beast or Not to Beast. Some things good and some things not.

The single that came before it called Nailed by the Hammer of Frankenstein instantly got me pumped the moment I listened to it. Heavy as hell I tell you. But when the album came out that was a different story. Lordi’s last album was an introduction to their heavy sound. Is it just me or do I think they are trying too hard to sound like all those other bands out there. Lordi has always been unique with their image and even their sound back then. But now their sound is becoming more…well less horrific. Albums like the first few had a hard rock horror melodic sound to them. I fell in love with that sound that Lordi had, that was what lead me to be a fan of them. I like this new sound they have but at the same time I greatly miss their old stuff.

Some bands I like everything by them and other bands I only like certain eras of them. Lordi’s one of the ones where I prefer the stuff from the past so, yeah. Still a good album though and worth the listen.

I am really not looking forward to the tour dates being posted. Again.

But I rest my case, Lordi’s back and there’s more music to enjoy by them and I hope they get bigger and better.