As much as I love series like Star Wars, Star Trek, Transformers, and more there are quite a few movies that stand out on their own, and I love them. Some of them are not that popular, and others you might be familiar with. We may even have the same list of favourites when it comes to this.

There’s 5 that top the list of stand-alone sci-fi in my humble opinion, so if you’re curious, read on!

Probably the most recent one I added at the bottom, this movie was actually really good despite not nominated for an Oscar like The Martian. I don’t know, I just love the idea of how we go out there to search for other planets that can be inhabited in the future. Do you ever believe we’ll have to go to live on another world someday if life on Earth continues to deteriorate over the years? It’s possible, maybe even in another solar system, since our sun is not going to burn forever either.
Gargantua was a cool idea to add, and black holes I just find quite fascinating when it comes to space, and also, Anne Hathaway is in this movie and I love her. She’s amazing and I’ve seen almost all of her films. (well not all of them but pretty much her well known ones)
It’s also easy to go to see this movie and come out being reminded of Inception, because that’s what I felt I was reminded of after I saw it. The parallel dimension thing, can only remind you of that movie, but the only difference is it’s not as complex. You can watch Inception, and at first get the whole alternating between dream and reality thing, until the movie reaches a point where you go from reality into one dream, and in that dream you go into another dream, and it keeps going deeper and deeper until you lose track.
Interstellar eventually reaches the same idea but it’s less complex and easier to follow because, well, there’s only two dimensions and worlds present!

Some say this one of James Cameron’s most underrated sci-fi films, but I remember seeing this and the first two words I could come up with to describe it was “All wet” but once you see it a few times, it kind of grows on you.
At first I thought that this was going to be one of these military based movies, but in a way it’s a 50/50 because well there’s a faction called SEAL and one of them wants to deploy a warhead to destroy the alien colony at the bottom of the trench. It’s almost as if the whole story shifts from discovering a sunken submarine, to learning that there is non-terrestrial intelligence down the Cayman Trough.
The aliens are pretty cool and colourful in this movie once you see them for the first time, and Bud’s deep dive down to disarm the warhead, always has me emotional when I watch it. I must admit though, I kind of think that Lindsey’s “revival” went kind of awkward, it seems that in a lot of movies, they don’t know how to do CPR properly….but don’t worry, the crew’s performance of it wasn’t as bad as it was in Breaking Dawn! 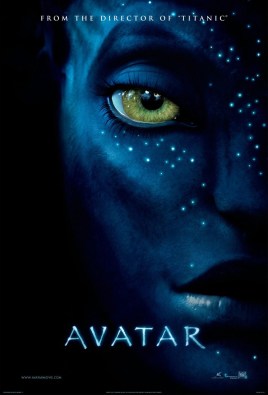 Another James Cameron masterpiece. I went to see this movie with high expectations that this was going to alien focused and it was, best three hours of my life. For some reason, I was kind of expecting that Jake would eventually begin to question his own race’s motives, change sides and fall in love with Neytiri. I’m not sure how I saw it, I just did.
I would love to visit Pandora if it was a real place, even if we can’t breathe the air in its atmosphere. My favourite thing about the planet is the bio-luminescence, it’s just so beautiful. Even though the idea of bulldozing all those mini versions of the tree of souls sounds like such an old idea, since we have never seen environment like that in movies before, that is why our reaction to it is we’re upset. Yeah, I took that from a review I read on the movie from English class.
It’s also sad that a lot of major characters die in this movie like Grace and Trudy. I’d say Trudy was my favourite human character in this film, she’s a badass, and I absolutely hate Quaritch for everything he did now. By the end, I can only imagine a sequel being where Jake is now officially part of the Na’vi and a new threat arrives on the planet.

2. War of the Worlds 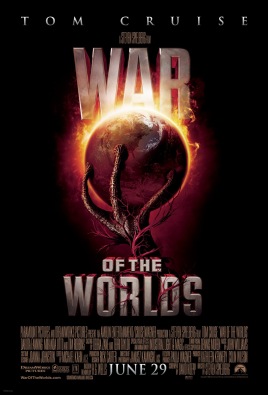 I remember I was still young when I first saw the trailer for this movie. I had come to the theater to see….I can’t remember but I think it was Toy Story 2. I didn’t see this movie until years later, and since I had already become a nerd, I loved it right away. Dakota Fanning is still little in this film and it’s almost unusual to watch her in it these days now that she’s grown up.
Anyway, you’re expecting Tom Cruise to run in this film, and he does. Run Tom run!
The whole idea of how the aliens make their epic entrance with the dark sky to let everyone know they’re coming, transport themselves into their giant tripod machines through lightning, and rise out of the ground to begin the annihilation of humanity.
Growing stronger and feared by many, but weakening as they go while the harvest human blood at their settlement for a plant called red weed. I plan to read the novel soon so hopefully that’ll fill in some of the gaps that I have in the lore.
It’s no surprise that the aliens eventually die because they don’t have an immune system to protect themselves, But my favourite moment will always be when the first tripod emerges, blows its siren and starts zapping everyone. 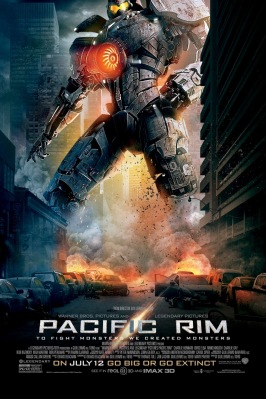 If there are several things that make me give a movie five stars, it’s having the stuff I love in sci-fi and things I expect from movies in general, all combined into one plate. That is precisely what Pacific Rim does. Giant robots fighting monsters, epic music, strong lead female, and an alien world. I caught glimpse of the trailer while I was out with my family having dinner at Kelsey’s. My mom pointed it out and said I might love it if I love Transformers, so I went to the theater with anticipation that this was going to be my new obsession, Basically I loved this movie from start to finish.

Raleigh tries to get back into piloting Gypsy Danger and thinks Mako is his best partner for it despite her inexperience, until she turns out to be a fucking badass once she and Raleigh start kicking Kaiju butt. Now I’m truly grateful that they decided to go with a two-pilot system for Jaegers

Gypsy Danger will always be my favourite Jaeger and I haven’t picked a favourite Kaiju yet, but it’ll come to me soon. Mako is just the right strong female we need more of in movies, and alien invasions that happen from the Pacific ocean rather than from space, is a unique direction to go. The score is fantastic, and there’s a lot of collateral damage but it suits it, unlike the Transformers movies; because I want robots fighting monsters, not the military in the background providing extra explosions.

Pacific Rim is about EXACTLY what it should be about and that’s what makes it so great. In case you’re wondering why I keep comparing it to the Transformers movies is because of the disappointment I got from them in the end, that used to be love, especially after I saw this movie. Maybe they can learn something from looking at this.

Some say there may be a sequel but it won’t be the same director. I don’t care who directs it, as long I still get a story about Jaegers vs. Kaijus and Mako is still kicking butt. I want no sex bomb lead female who doesn’t fight or fights in minimal clothing. You got that?!?

*****
And that concludes my top favourite sci-fi movies that stand alone. Some of them are getting sequels and some of them aren’t, but they’ve all got their unique parts to them.
What are some of yours?
-Emily