Ah another dream to wake up smiling too. I couldn’t tell what it was at first when it started.

There was a part where it looked like it was going to about me living the events of Alien Isolation. But no, that’s not what this dream is about. As soon as you hear me mention war, you’re going to think: “Okay, Emily is either referring to war happening in a fictional universe, or she’s been listening to Sabaton again.”

Yes, that’s right; those are the two common things people are going to think of once I say something about war. This was another funny Sabaton dream actually, and I think I’m having these with all the hype of The Last Stand coming out next month. I’m bolting straight for the record store after my shift the day it’s released. Here’s my plan: Wake up, go to my shift, 4 hours later, go home, change, call them to make sure they have it, and go back to that mall where I splurged CD’s at in January and get my copy.

We’re getting to the point where I’ve been talking about Sabaton more than just on Metal Monday so they deserve their own tag on my site now.

I will tell you about the dream first before I mention the album.

Imagine it back in the years before Sabaton was formed; I was living in a small house with my family in Falun, Sweden. Joakim Brodén was a good friend of mine and while my parents were away, he was spending the week at my house because his own home was still being built, or perhaps some serious renovations that required him to live elsewhere until it was complete. He needed a place to stay so I let him come in. Just imagine that in this dream, he’s my age, but still has that sexy haircut, muscle and tattoos.

He came to the door, put down his luggage, and gave me a bear hug thanking me for letting him stay for the week. It was a hot summer day outside and he was sweating hard. I asked him what he was up to and he said he was working out, and brainstorming more ideas for his band. He said he just got in touch with Par Sundstrom and they were on the verge of forming Sabaton.

I let him inside to listen to his story and he showed me that badass tattoo on his right arm. I asked him if it ever hurt and he laughed it off saying there was no gain if there was no pain. I admired him for his bravery and motivation.

For the next few days he helped me out with things around the house, and we would frequently play war games like Risk. He always had a load of tanks on his side and would always beat me.

I laughed and kept asking him what his secret was, and of course he jokes saying that he commanded an army and knew how to play these games well. He also showed me some music and lyric ideas that he had done with his friend Par, and I thought most of them were good, and then I laughed knowing he would make one about the battle of Kursk.

As the week went by, we were a lot closer, and on a Friday afternoon, the day before my parents were expected to return we were picking up the empty garbage can and recycle bins. As we walked back to my garage he started playing with me by bumping me on the side. I laughed and bumped him back and then we both fell to the floor tackling one another cracking up.

I found myself looking into his eyes at that moment and we were staring at each other for at least a minute until I brushed it off and we got back up to put the bins away.

Later, we were sitting on the couch watching a war movie. To me it looked like Saving Private Ryan, and I haven’t watched that since 10th grade during our WWII unit in history class. Joakim seemed pretty engaged with the movie at first but then I noticed he was sitting close to me and trembling. Then he suddenly leaned over and kissed me, a short but sweet one. My eyes widened, I turned red like a tomato, and right there was when I woke up, just after he pulled away.

You know, I’ve had dreams of kissing my fictional crushes but never any of my heavy metal ones, so looks like Joakim is the first, and the second time that has happened in my dreams with him no less.

Yes, I know that he’s already got someone, and I recognize that for all my heavy metal crushes, but I guess having dreams where you kiss or get kissed by a musician you like (especially if it’s a recent one), is totally normal. I’ve crushed on Mr. Lordi for years, but have never kissed him in my dreams. Oh but wait, you never know….maybe in the future I’ll have a dream where I get lovey-dovey with him or one of my more long-time metal crushes, and if that happens, I will definitely write about it here. Hopefully any of the ones that are in their 50’s and 60’s get their age reduced in the dream!

Sometimes I worry how the musicians I look up to will react if they stumbled upon my site and read these strange dreams where we kissed, or did something crazy together. Who knows, maybe some of them are flattered when women like myself swoon at them instead of any of the young boys in pop music. All I hope for is that they are not too disturbed by it. 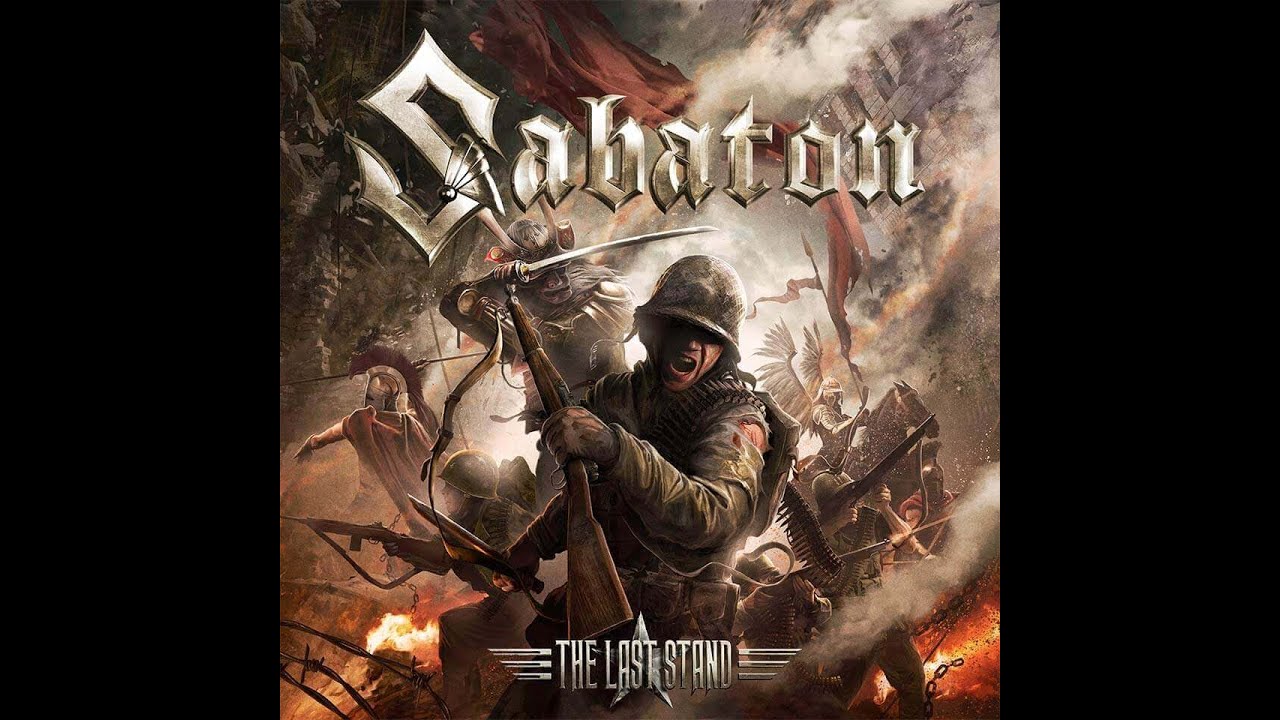 I went to the record store to try and pre-order the new album, but for some reason, it wasn’t in the system. So I’ll just have to make sure to pick it up ASAP, and blast it once it’s mine.

I seriously cannot wait, I’ve been listening to The Lost Battalion, and it’s still running through my brain as I type this. I can’t stop singing it these days either. When I was biking home from one of the places I volunteer at, I started belting it out. Then I was at the bus stop heading to meet a friend and I paced back and forth listening to it on my iPod and singing it loud once again. I got a few stares for that, but frankly I don’t give a damn.

Well, I’ve worn myself out once again writing this, so I’m going to bed now…with that song still stuck in my head!