So, this is the first of the Mass Effect DLC’s that I’m gonna ramble about.

This one is in the first game and I didn’t know that we had access to it on my first play through, so I skipped it. Then by the time I did a play through as a Sentinel, I gave it a go. It’s another thing that’s just as exciting as the events that happen from Virmire and on that make me enjoy the first Mass Effect game more. 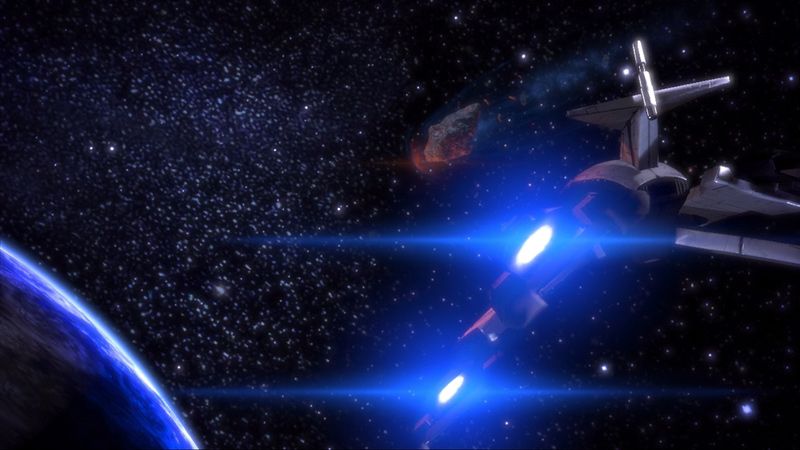 Batarians are a race notoriously known to sometimes become terrorists. A lot of them join mercenary gangs but they wouldn’t dream of doing something as big as destroying a planet.
They’ve put torches on a large asteroid X57 and set it to collide with the human colonized planet Terra Nova. Your task: simple, stop it from hitting the planet!
I found this DLC to be very straightforward and I would always take care of the torches first before looking for any other anomaly about the asteroid. That way I wouldn’t feel rushed to get everything done within a time limit.

Sometimes I feel like fighting the mercs in this DLC are almost as tough as those infuriating pirates guarding Wrex’s family armor; but hey at least they don’t yell “Go x3” every five seconds!

I also hate the usage of the land mines when you get to the second torch; even though they are pretty easy to avoid. It’s still a bit nerve wracking if you don’t do it right the first time.

So what mean bastard would have ever thought of wiping out a human colony? None other than a batarian named Balak. He meant business when he put charges all around the main building to kill the colonists trapped inside.

I made the choice to let him escape so I could save the workers that he had captured. Think of it like a classic: villain has an evil scheme, traps you, puts you in a situation where you have to get yourself out of the trap, or save others, and then they use that opportunity to escape.
I could have chosen to fight him instead, but I don’t know, I’m a paragon person hahaha! So yeah, when he came back in the third game trying to kill me all because I stopped him on X57. I’m sure it was also because of what happened to almost half of his race when I had no choice but to blow up a mass relay in a batarian colonized system.
So I persuaded him to let go of his grudge and join my cause. Balak is definitely the resemblance of a villain you’d see in any cartoon. Evil scheme, trap, fight, escape.
I remember I stayed up late to do this DLC for the first time. Now, after I finish Noveria, Feros and Therum, I like to play it before I go to Virmire.
A simple yet fun DLC in a flesh; I like how later in the trilogy you get a message from Kate Bowman; one of the survivors who tells you a celebration on Terra Nova is being held in honor of Shepard saving them from possible death of the whole planet. I’m flattered, really.
So what are your thoughts on this DLC is you’ve played it? (I have a feeling these will be a helluva lot easier to write than the rambles I did of the games as a whole in the trilogy!)
-Emily

1 thought on “Bring Down The Sky”