Continuing on with the Mass Effect DLC rambles we have Lair of the Shadow Broker.

I thought that this one was going to be my hardest yet since it’s a pretty long DLC. 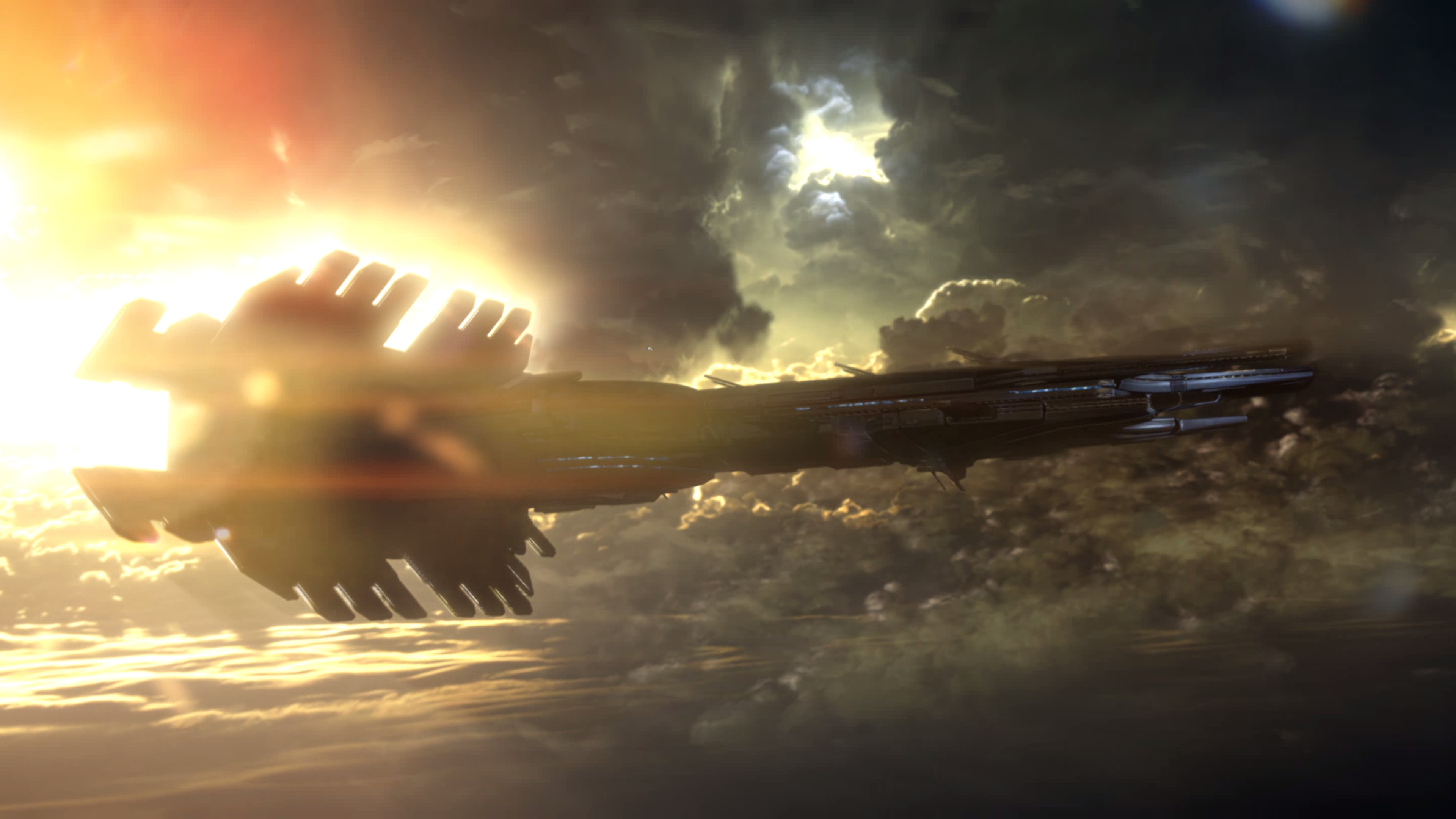 We’ve talked to Liara many times about how she plans to track down the Shadow Broker. It took me a while to figure out who that was. He reminded me of Jabba the Hutt who you all know leads a gang of bounty hunters. No: the Shadow Broker is an information dealer; sends people’s secrets out into the galaxy and a lot of times it’s bad stuff. Nobody knows who it is and you can imagine sharing such top secret stuff could be used against you. Liara wants to go after him when he takes her old drell friend Feron hostage.
Just when we think Liara’s ready to track down the Shadow Broker she goes home and vanishes after someone breaks into her apartment and we meet another Spectre.

Tela Vasir seemed trustworthy when you temporarily team up with her, but if there’s one thing that seems to happen in most DLCs, somebody’s gonna die or betray you. The mercs in this DLC are definitely a lot harder and when the bullets fly….they fly faster compared to the Blood Pack, Blue Suns and Eclipse.

But of course, Vasir made us walk into a trap when we were looking for Liara’s contact to find the Shadow Broker. So we’ve for a traitor to the council just like Saren. Liara ain’t a pure-blood bitch!
The first time I had to chase her in the car I almost lost her, Illium is the Mass Effect version of Couruscant, enough said on that one except this funny line:
Liara: Truck!
Shepard: I know!
Liara: TRUCK!
Shepard: I KNOW!

Sorry, I just had to throw that in there. Another weird moment in this DLC is when you’re following Vasir’s blood trail and see a video in a hotel in which Liara explains Azure is slang for a part of the asari body. Seeing as the video is labelled as “lustful” when you examine it, I’d say they refer to between the legs of an asari!

Anyway, Vasir was challenging to fight at first. Sometimes she would dash away to another part of the field before I could launch a deadly biotic attack at her; which is always frustrating. It just requires some patience and fancy footwork when necessary. Once she’s down, she’s down and onto the even long and fun part of this DLC: Storming the ship!

It seems like it’s almost topsy-turvy walking on the outer hull of the ship killing the mercs as you please. But at least you have the lightning rods to assist you. The fight feels like it takes hours but like they say: It means there fewer enemies inside the ship! (Not really)

I miss omni-gel already when you have to hack the door to get inside!

After that freeing Feron and getting the rest of the way there is pretty much a walk in the park for me. 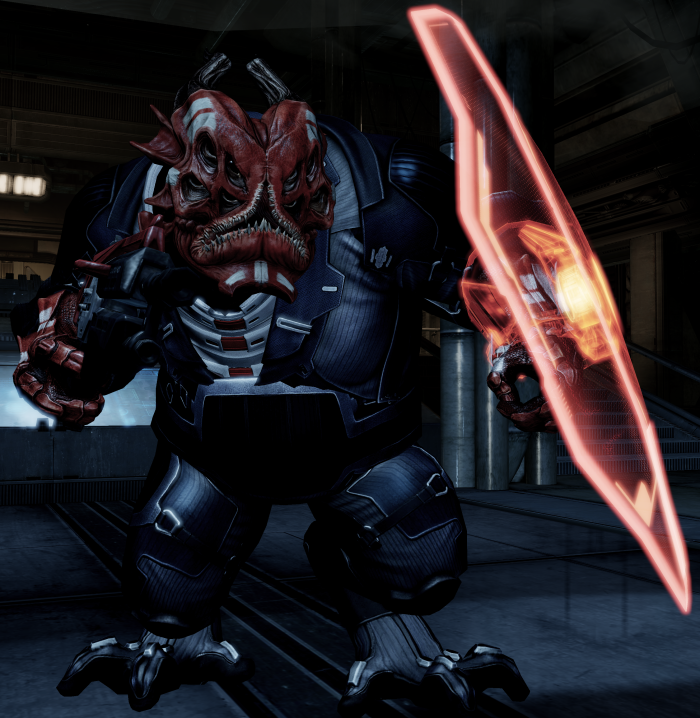 Lo and behold the Shadow Broker himself. It’s more of a codename and when I saw him I was like “That’s him?!? What species is that?! He’s huge!” Well he’s a yahg, a dangerous but sentient race barred from any interaction whatsoever from Citadel space. Deep voice and intimidating personality he already seems to know everything about Liara, Shepard, what happened to the Collectors, and whoever else you bring with you.
Fighting this guy was a pain in the neck at first when you have no idea what you’re doing. You have to be really quick to melee him when he’s vulnerable; because there have been times when I wasn’t fast enough and then he killed me. Pity we do have to kill him however; despite the fact how scary he is, he’s badass. I wish there was an option to persuade him to change his ways.
Oh well, why did I get a bad feeling at first when Liara decided to become the new Shadow Broker until she decided to put the job into better use than the previous ones at the position?
I always bring her back for drinks on the Normandy and tell her how much my chosen boyfriend in the game means to me. It’s always good to spend some time with her because she’s like a sister to me.
Well, that pretty much wraps up my thoughts about this DLC. I hope you enjoyed it as well.
-Emily