I don’t think I have ever had a dream where I was facing the loss of someone who I figured most people would consider an enemy, or not cool enough to be a great villain to them.

It seems that now there are villains I begin to love that most people dislike. This I find is mainly due to the reason that people don’t bother to do their research to learn more about that said villain. The Didact is one of them, but now there is another and his name is Miraak. 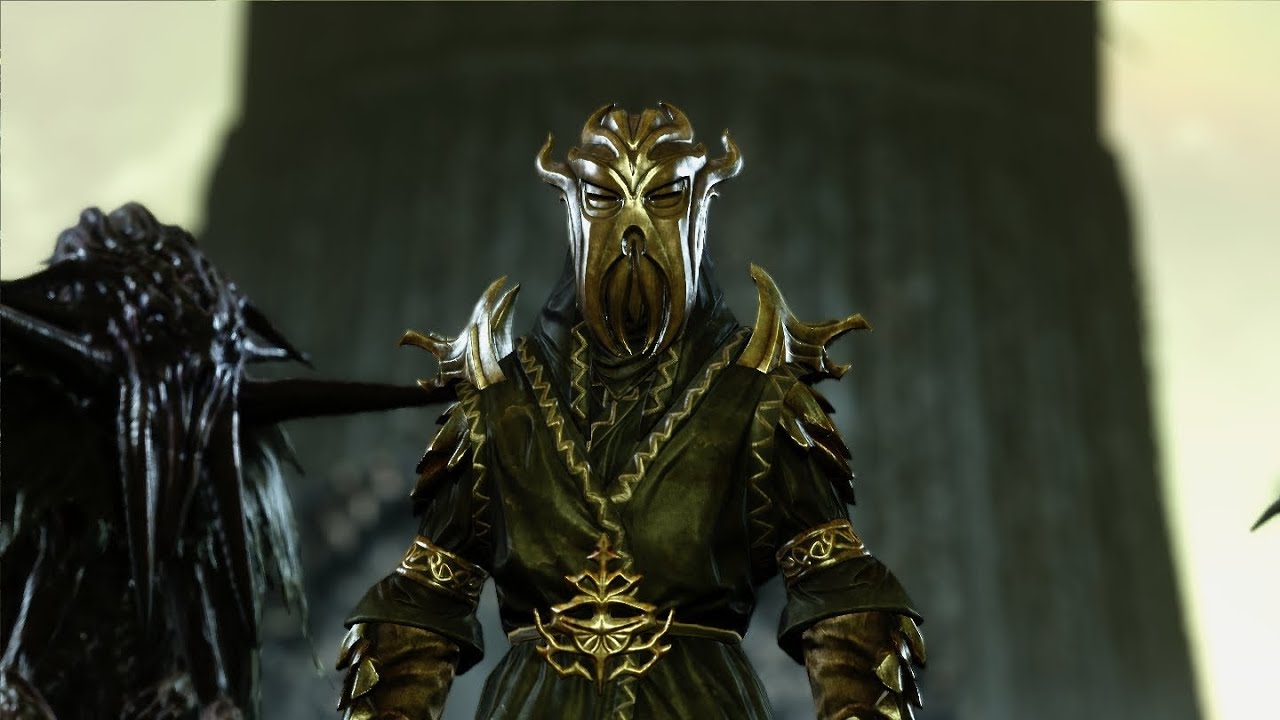 He doesn’t have much of a deep backstory compared to the Didact but in a way, I feel like I pity him. I’ll have to analyze those feelings to find out why and will most likely write about it.

In this dream, I was in Apocrypha, not as Dragonborn, but just as myself; unarmed in my nightgown surrounded by forbidden knowledge. Perhaps I was living in Solstheim and ventured into his temple and heard his voice for the first time. There was something about Miraak that called me to him, like I was meant to serve him or stand by his side in a way.

I read the black book and entered the daedric lord’s realm. Soon, I was making my way through the shifting halls evading the seekers and lurkers.

I would open the gates and place books into their matching platforms just to reach the next chapter, and eventually, the summit.

All the while I would hear Miraak’s voice calling to me:

“Your lack of ability to defend yourself against the lord’s followers is pathetic,”

“Prove yourself to me, you’re so beautiful it rivals the divine”

At this point I found myself more determined to reach him and wondered why he spoke of me that way. I was nothing to him except someone who appeared to be another one of his cultists who supported him, and was willing to go far enough to see him in person. Unless, there was more to it than that. Then after a long pause of hearing him during my journey he spoke again in distress.

The moment I heard the last words, I was running faster across the bridge over the great chasm above the green sea. There was no telling what was happening up at the summit as I saw it over the horizon. There was only a set of black clouds with tentacles surrounding it. There was danger up ahead, but I kept going and climbed the stairs to the summit.

The moment I reached the top, all at once I felt like my heart was going to stop beating from what I saw. Miraak was there, but impaled by a massive tentacle coming out of the small green pool. He looked towards me briefly and uttered the words: “You…….you…came…” and then as he tried to reach for me, his body disintegrated down to a skeleton, and toppled at my feet as the clouds faded and the tentacle disappeared into the pool. In shock, I dropped to my knees beside his remains not noticing the dark figure walking past me and descending the stairs.

I didn’t want to believe he was gone, I started to cry begging him to come back and look upon my face to see I was his most devoted follower. But he never stirred and I looked up at the green sky and felt like I wanted to stay despite being too late.

If this dream had more development of which I could remember, then I would have written something that tells how I became devoted to Miraak, without dressing like those cultists or being brainwashed to work on those stones.

I better go to bed now, and hopefully in the future there will be another dream that fills in the gaps this one had.

2 thoughts on “Come Back My Priest, For I Love You”