A dream is a dream, but sometimes there are those horrific and disturbing ones that we have. I don’t usually write about them.

I was sitting in this dark room tied to a chair. There were a group of other girls sitting all around me in the same position. I asked them what was going on and they said they were being tortured for information, nobody knew what it was.
The door then burst open and another girl walked in, she looked just like the one in the picture above, there was a chainsaw in her hands. She walked up to one of the prisoners and started asking her questions I could not hear. Then suddenly the chainsaw began to start and the blond girl proceeded to sever the bound girl’s arm slowly. I could not look away as her screams echoed and blood spurted everywhere.
The girl fell silent as the blond turned to face the others, “Anyone else feel like sharing any answers?” The other girls began to panic and cry out like they didn’t have anything to share, or they were begging not to lose an arm or a leg. I began looking around trying not to panic, my body was shaking, my heart was racing, and then she approached me with the chainsaw. “You were not on the list of people to capture. You must’ve got caught in the group somehow. No matter, maybe you can be of use to me. Tell me, where was the icon of dominance last seen? Your kind took it from us. We need it back to complete monster world domination”
My kind, she was clearly human-looking, but there was something about her eyes that made her look like she was something else; maybe a vampire or demon. This is way too obvious where this is going.
I shook inside and at first, I didn’t want to imagine monsters taking over the world. That is, until the door opened again, and all at once, I had a change of heart. 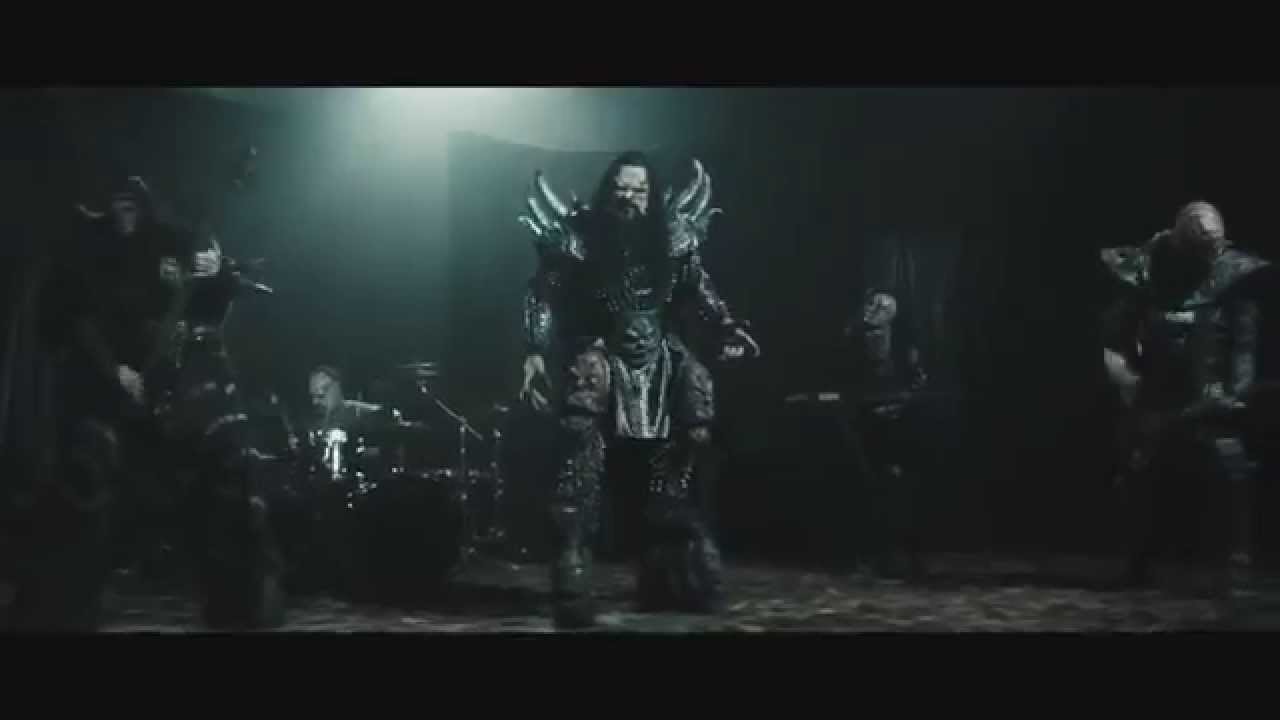 All of Lordi walked into the room. The other girls looked at them terrified, some of them were covering their eyes and one of them screamed. Amen started looking at all of them licking his…… uh teeth since he doesn’t have lips. Hella giggled happily. OX grunted at the site of all the blood that had been shed on the floor dripping from one girl whose foot had been severed. Mana snapped his bug jaws together. Mr. Lordi looked around and asked if the blond girl if she had managed to get any information and he grinned at all the gore and guts around the room.

All I could do was stare at them and it felt like my fears were diminishing rapidly, just because they were in the dream. I wanted to cry out happily, like the way Thor did to Hulk in the Ragnarok trailer but I held it in. Mr. Lordi told the girl to continue with the torture. She approached me again, starting up the chainsaw. I looked at her and then back at the band more than once and finally said:

“Wait! I can help you! I may not know where this thing is that you’re looking for, but I might be able to serve as an inside source!”

Mr. Lordi came up behind the blond girl as she shut off the chainsaw.

“No one knows humanity better than another human, the only way to know your enemy is to work with someone within them. I’ve always loved monsters and wanted them to take over the world!” That was when I smiled at Mr. Lordi winking while he exchanged looks with the blond girl.

Then he said, “Very well, release her.” The blond girl released me and just as I stood up she pushed me towards Amen and OX who both grabbed me. Mr. Lordi crossed his arms “You shall interrogate her from now on, don’t harm her. Bring her to me when you’re done.”

Amen and OX ended up both responded like “Yes sir!” before Amen said to me, “You heard the big man, you’re with us now!” and then Mr. Lordi turned to the blond girl and told her to continue the torture and he left the room. I watched as she approached another girl and began to cut into her abdomen. Blood oozed out as her screams echoed and the other girls struggled. Amen and OX then dragged me out of the room and all I could think about how I had just saved myself, and wondered how Amen and OX would question me, and what Mr. Lordi would want with me afterwards if the dream continued.

Those who know me well would often hear me say that I wouldn’t do some things in life, such as try to get to the very front of a concert, unless it was Lordi. I would say something like “It’s Lordi, I have to.” like I would do anything for them……….. okay maybe not everything, I do have boundaries!

This dream definitely reminded me of the Scare Force One music video, and even though I didn’t watch it much, I saw how the band’s music videos were getting gorier. (wait, a word like that exists?!) maybe that’s why part of me expected it in their latest video and did not react the way most fans did. I was not fond of it, but still, maybe I need to let it grow on me.

If the dream continued, I can imagine Mr. Lordi deciding that I stay wherever this place was. I befriend the other monsters, but he doesn’t trust me just yet. That is, until I start helping them devour humans, boil kids, eat babies for breakfast, and put them through meat grinders! With me on their side, I’ll know how to hit the enemy the hardest by appealing to their weaknesses!

This would be horror movie worthy, and I really want to share it on the Monsterboard, but that’ll be a triple post since no one else has had any recent Lordi dreams to share! I always get people talking when it comes to dreams, it’s satisfying.

Like, I’ve started my own unholy gathering. Dear brain, please give me more Lordi dreams when I go to sleep.