I’m not very materialistic like I used to be.

That’s something I’ve noticed changing about myself since the start of 2017. For two years, I was always buying stuff, but I have slowly cut back recently and have only purchased things that I really wanted like my Jaal pendant, 3D printed jewelry, Frollo costume, etc.

Ever wondered why my CD collection isn’t that large? That’s because I prefer to only own physical copies of bands that I REALLY love; like my top 5. Otherwise, I’ll just buy digital copies if I want it badly enough.

At concerts, I have significantly reduced the amount of pictures I take, or I take none at all. I might buy one or two pieces of merchandise, or nothing.

Why is that? I don’t collect things, I collect moments. and as you may already know: I also strongly value quality over quantity when it does come to material things and for anything that I love. 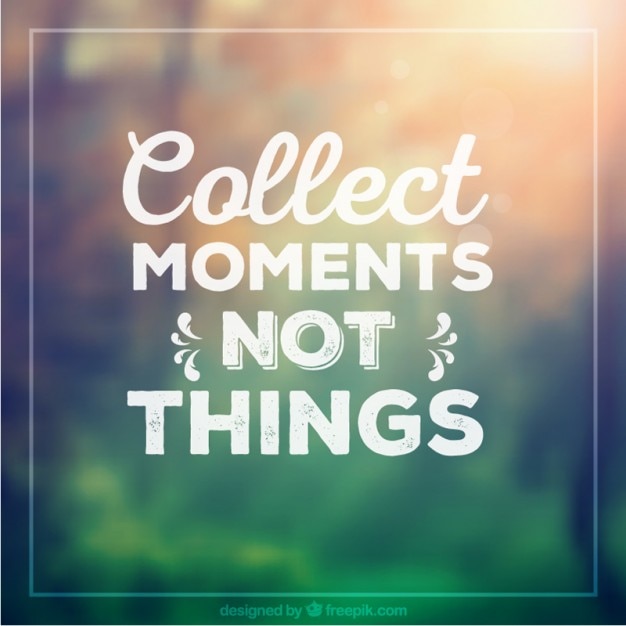 When I see people brag about how big their music, Star Wars, or whatever collection defines their status as a fan, I simply withdraw. Whenever I go into a fandom of say…. a band, I’m easily surrounded by people who value how many merchandise they have. Don’t get me wrong, I like to have some band merch too; like the albums are a priority. But good God, I cannot post any new stuff I’ve scored occasionally without people telling me what I “need” to get next. Correction: I don’t NEED anything else next. I may WANT it though depending on what it is. Please learn the difference between a need and a want.
I know my thinking is really outdated in this generation because it seems that we are fixated on having more stuff: like we must capture every moment through a camera, the bigger your collection – the bigger fan you are, etc.
I use this example too often but it is pretty much the perfect example to support what I’m talking about: When I went to see Lordi, the only time that I have seen them, I wanted to make the most of the event after waiting 5 years. Hence when they let us into the venue: I saw that empty stage before me, and immediately headed for it placing myself in the front row center while everyone else went straight for merchandise table.
The result was I was directly in front of Mr. Lordi and he noticed me. Despite people pushing their way to the front row beside me, I stood my ground and held the railing so tight all through the concert that nothing made me budge or give up my space in front of him. I was successful. When you put the experience first over getting the perfect picture(s) or a large amount of merchandise to take home, you’ll realize that you might even enjoy yourself more.

Of course, I totally understand if you feel like you want to document a once-in-a-lifetime experience, I’d want to do that too. Most of us have a choice whether to do it or not, but there are many people out there who have to document it because they do not have a choice. I have a friend who has epilepsy and I understand why she feels the need to take pictures at concerts because having seizures can damage the hippocampus: an organ in the brain responsible for memories. I’d probably feel like I have no choice and have to capture it if I was her.

However, one thing that I greatly encourage anyone to do if you’re going to take pictures at an event; do consider the quality of them, rather than the quantity. Often at concerts, what I like to do is take pictures during a song that I’m not fond of. I’ll take multiple at a time and then put my phone in the purse for the rest of the gig so I can enjoy the moment. That way, when I return to look at my photos after the show, there’ll be at least one good-quality one in there worthy of posting.

I say this quite a lot, but when I love something like a band; that love is based on my experience, and any material objects I have, the value of them is more important to me than the number because my love for that band comes from what’s in my heart and not what’s on my shelf.
I would gladly have a hug and photo with Mr. Lordi if I saw him come out after a show and he was hanging around in costume before an interview, than get him to sign three albums or more. If I saw Joakim Broden at a bar several hours before a Sabaton concert in town, a handshake and conversation with him would be my priority. Those are all moments that I think might last me longer than something autographed. I love getting autographs but still, if I had to choose, I’d pick a photo op and short conversation over it any day.
In a way, photos can be considered collecting moments, but I always suggest think about the quality of them over the quantity.
So, at this point you’d probably understand why it drives me nuts inside when people ask me what piece of merchandise I will buy next, or what they think I need to have. People don’t get it, they don’t understand. It’s like we’ve become a nation of consumers almost. And if you do not have enough stuff in relation to whatever: the media and society will try to make you feel that you are not valued as a person.

In my media studies class, we watched a video called The Story of Stuff, where a woman uses pictures and diagrams to describe what we have become like as a society of buying lots of stuff. We buy it, but we quickly get bored of it and dispose of it. But, when we buy things like concert/game tickets, a trip anywhere, or even just see a movie, we find ourselves looking forward to it more. Then, when we go to that event and we take in the moment, we may even remember it better, and it makes us happier what we get out of it.

Think about it logically: if you went to a concert and focused on chatting with other fans, and you met the band, chatted with them and even got a photo op, you’ll remember that forever and you can tell your friends and family that story.
It all comes down to this question: What’s more important when you go to an event? Is it how much stuff you can bring home, or having a story you can tell?
Now, I’m trying to keep things in the neutral zone here, so I’m not saying you should trash your CD collection you’ve been growing for years (because I strongly believe buying music…especially physical, is more valuable if you’re a huge fan of the band), or all your jewelry. But consider how much of it is special to you.
I recently opened my jewelry armoire and analyzed all the necklaces hanging there. I have more than ten of them, but I’ve chosen them carefully because I like my jewelry to have a special meaning to me. Just like my action figures are small in numbers but they are all characters that I am either in love with, or were part of my childhood. Get it?

I am still guilty of buying a lot of things online, but, those things are mainly of special value to me and were picked out carefully. Examples are what I listed at the beginning of this article. Also, as I write this, I went onto Charmed Aroma while taking a break and saw a beautiful limited-edition candle available. I caved in and ordered it when I saw the quote written on it knowing it described me perfectly. I know just where I’m putting it when it arrives. Hell, when the candle melts completely, I’ll keep the jar so I can reuse it and as a reminder to follow the message behind it!

So, in a way, I am still a little bit materialistic, but you can tell it has changed. There have been times where I was guilty of buying a lot of stuff. Then what happened after a few weeks or months, was that I realized that there was no special connection to that item that I thought would last, so I ended up giving it away to charity. For example, I bought a tiny plush doll of the Pokemon Munna, but then I ended up giving it away after a few months because it didn’t feel as special to me. I mean, Munna is cute, but it wasn’t a Pokemon that I really loved and HAD to have in my room like Palkia. These mistakes have happened before. I’m definitely not that kind of person who looks at themselves as a fan of something and says “I have to buy all of it! Every single thing related to (insert band/franchise here)”
To wrap this up, yeah I’m a person who doesn’t have/need a lot of stuff. I don’t have 100+ photos from an event. I might have 1 – 3 photos but they’re good quality and I like go to events for collecting moments and not things, because moments last longer; they give you everlasting stories to tell and you’ll never get bored of it, and when I focus on the moment, I find it makes me happier than how much merchandise I can score.
I don’t need to collect every item related something I love, like band merchandise, because the quality of the items I own is more important than the quantity. So, if there comes a time where I feel like I should get a souvenir at an event, I would rather look for that one special thing that I can take home. But other than that, I don’t need shelf after shelf of stuff related to that band or franchise, because I just have a different way of showing my devotion.
Finally, when I am shopping, especially online. I prefer to try and stick to only something I know will be good quality. Using the candle thing as an example, I would rather buy a nice one for my room with an inspirational quote than 5 candles with different scents!

I’m not trying to get anyone to consider my way of thinking. If you like your material possessions and scoring many of them as you can and documenting every second of an event. Then I won’t stop you. I can still suggest you consider it, because I personally feel like one of the only people of this generation with values like this.

It would be nice to know if I’m not alone. Do you like to collect moments more? Do you value quality of your stuff than the amount of it?