I love how whenever something Sabaton-related is coming up in my life, my brain decides that it’s time to have a dream about them. They seem to be the band that I dream about the most despite my “best” efforts to dream about other bands more. But it makes me happy anyway to have these Sabaton dreams.

If there is one location a lot of my dreams take place at, it’s the gym at my elementary school. The last time I set foot in it was for a concert long after I had graduated and the place felt so much smaller to me. There were two basketball nets and a stage and sometimes in those dreams, bands I love would come and play there for the kids and parents. But, I would show up in  my full band gear to see them, even if I was no longer a student at that school.

The kids would be scared but not with Sabaton. They are after all…… educational! Parents may lash about metal being evil, violent, and encouraging bad behavior (unless they are Metalheads themselves). But, if the band makes songs about things kids should learn, like history, then maybe parents will approve.

I had heard the news that they would be performing at my old school to teach history to kids, and I had to be there. I didn’t care if I was a former student. If one of my favourite bands was in my hometown, I’d find a way to see them come hell or high water.

I showed up at the school in full Sabaton gear and got a few stares from parents, while the kids were curious, so I told them a little I knew about the band. There were seats set up in the gym with a big banner on the stage. Instead of sitting down, I just propped myself up leaning against the stage as if I was at a metal show. One of the teachers ordered me to sit down and another asked me why I was there but I ignored them and started chanting the band’s name as the lights went out. 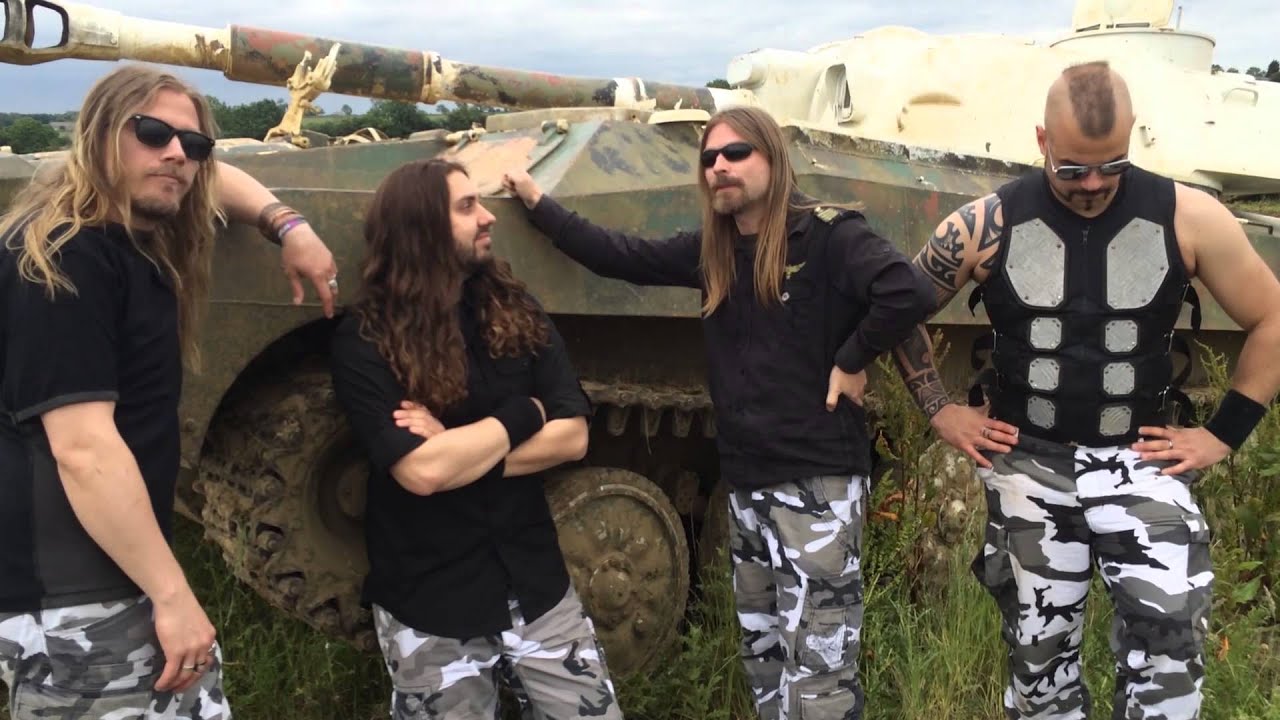 I started screaming when they hit the stage and some of the kids got excited by the music and were running around dancing and joined me as the band started with Ghost Division, as usual. Chris saw me and smiled recognizing me from coming to every show. It took a few songs, but eventually the children started to enjoy the music and when Uprising began, Jocke invited the kids on stage to sing with him, I immediately ran up with them not caring if I was the only adult and sang the chorus the loudest out of them. The kids couldn’t pronounce  “Warzawo walcz”, so I was the only one who shouted it at the end. Jocke gave me a fist bump and winked. Perfect! 😈

Anyway, when the children and I returned to the floor, Sabaton continued with their set and when it was over they thanked everyone for coming, and as the children and their parents were walking out of the gym, I could hear the kids bugging their parents to buy them Sabaton albums, while the parents were a little unsure. I even heard one of them say: “Okay, but use it for educational purpose only. This better help you learn your history!”

I just stood around and waited for the gym to clear, in hopes that the band would show themselves so I could hang out with them for a bit, but unfortunately I woke up before that could happen!

Can you imagine children learning from Sabaton? It pleases me when I hear about parents who are taking their kids to Sabaton gigs, not only is it good parenting getting kids into heavy metal but it helps them learn history in a fun way!

To all the parents out there who are getting your kids into metal like Sabaton, keep doing what you’re doing.