Two posts in one day! How often do I do that? I think the last time I did that was a few years ago when I was using the basic theme for this blog, but we’re all in for a treat so yeah.

I have just completed the Legacy DLC, so now it’s time to babble about it! 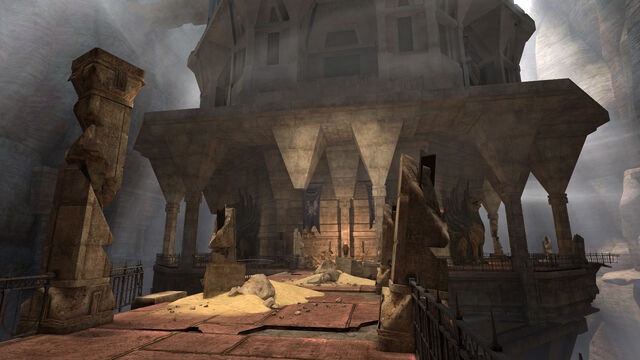 It can be played at any point in the game, so once I started it, it felt like the events of the main story were still happening. Having brought Anders and Aveline along for this one, those two kept bickering about how mages should be controlled!

So, in this DLC, a gang known as the Carta are hunting us because they want our blood to free…… wait for it……….

I’m sorry, I had to, because I’m just getting instant flashbacks from the first time I played Inquisition and the epicness of the first time I saw Corypheus in the game. He’s being held in a tower in the middle of the Vimmark Mountains which is only accessible through the Deep Roads.

Corypheus was captured during the first Blight when the Wardens used the blood of Dunmat, and had originally planned to use him against the darkspawn, but that clearly wasn’t proved to be helpful.

The descending journey to the tower’s base proved it to be just as thrilling as The Descent, I kept wondering how close I’d be to Corypheus and the things that would lead up to it. I was met with a lot of darkspawn I remember fighting in that other DLC. This time, they were more manageable because my character was a damage-dealer instead of a walking tank. I also couldn’t help but worry about Anders as Justice kept acting up the further we proceeded, until the spirit took over briefly, but most important of all, I learned some interesting facts about the Hawke family lineage. 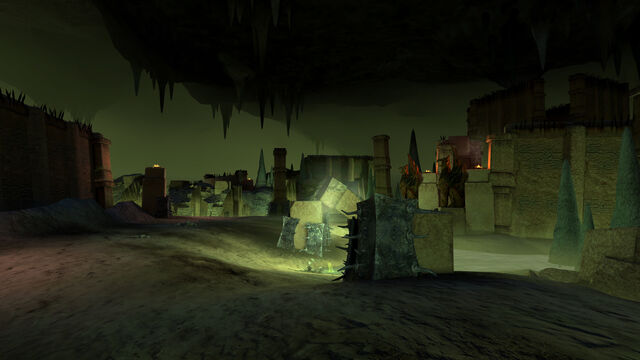 Malcolm Hawke worked with the Grey Wardens and when they discovered the seals on Corypheus’s prison were weakening, they needed a mage that wasn’t a Warden to have their blood strengthen it. Malcolm obviously had to volunteer. So yeah, you can imagine that his children would inherit the ability to use their blood as well to break or strengthen that very seal. So basically, yeah, Malcolm Hawke made his children targets for any fanatics out there who wanted Corypheus freed.

You know, with this many levels and amount of security (using the magic seals that is) to keep one prisoner locked up, doesn’t it remind you of the prison Tai Lung was kept in during the first Kung Fu Panda movie?

We also meet Larius, a Warden who came down for his Calling but he looks clearly tainted, I decided to let him lead us through, and by the time I got to the bottom level where the tower’s entrance, I couldn’t stop now. This was where I thought Corypheus was held, but instead I was met but a group of Wardens who wanted to take control of Corypheus believing to be the ones who thought Corypheus was the key to ending Blights for good and had the Carta formed to lure me in. But, I decided against that and had to get them out of my way to awaken him.

So, Corypheus, there was something different about him when he woke, he was already tainted but didn’t have the red lyrium within him yet. I can’t help but notice his voice sounds different in this DLC. He appeared confused to me and demanded we give him respect, while also calling out to Dunmat. Of course this just led to him attacking us and I had a “fun” time running in circles to each pillar while avoiding the fire he made from the center.

It seemed like I had struck him down, but bear in mind, if he was really dead, there would be no sequel to this game. I think he transferred his essence to Larius at the last minute!

Anyway, this DLC was exciting to play and well…… that’s it, we’re done the Dragon Age trilogy, and in all honesty, this trilogy is great. It has flaws like any other game, but I’m not one to complain that easily no matter how big or small they are. I greatly enjoyed the journey and I will definitely be returning to it. I already have a character build set up for Inquisition next time, but for now, I want to go back to Mass Effect for a bit.

Exalt the Elder One, the will that is Corypheus. You will kneel.