Well, I had another detailed dream last night! This one is definitely a trip down memory lane and also reminds me of the things I used to be scared of as a kid.

I remember was working in this facility that had apparently found dinosaur eggs but I wanted the dinosaurs to be free. Why would I be working there in the first place? Perhaps I signed up for the job and didn’t know that dinosaurs were going to be a part of it. So why not release them somewhere where they can feed and breed without us humans interfering?

I broke into the lab and another woman who agreed with my plan kept security busy while I took the eggs in my backpack. She told me I needed to go to the top of the radio tower and fly to the faraway  island that was big enough for the dinosaurs to live peacefully. I didn’t know what types of dinosaurs were in the eggs, but they were all differently shaped: round, oval, and capsule.

As I heard the voices of the scientists growing louder, I quickly climbed up the ladder to the tower and once I made it to the top, I realized I was in the middle of a forest and had no idea how I was going to fly away. I didn’t chant anything or see any transformation. I just suddenly jumped off the edge and then I was soaring over the canopy until it ended at a large cliff and the sea towards the island. 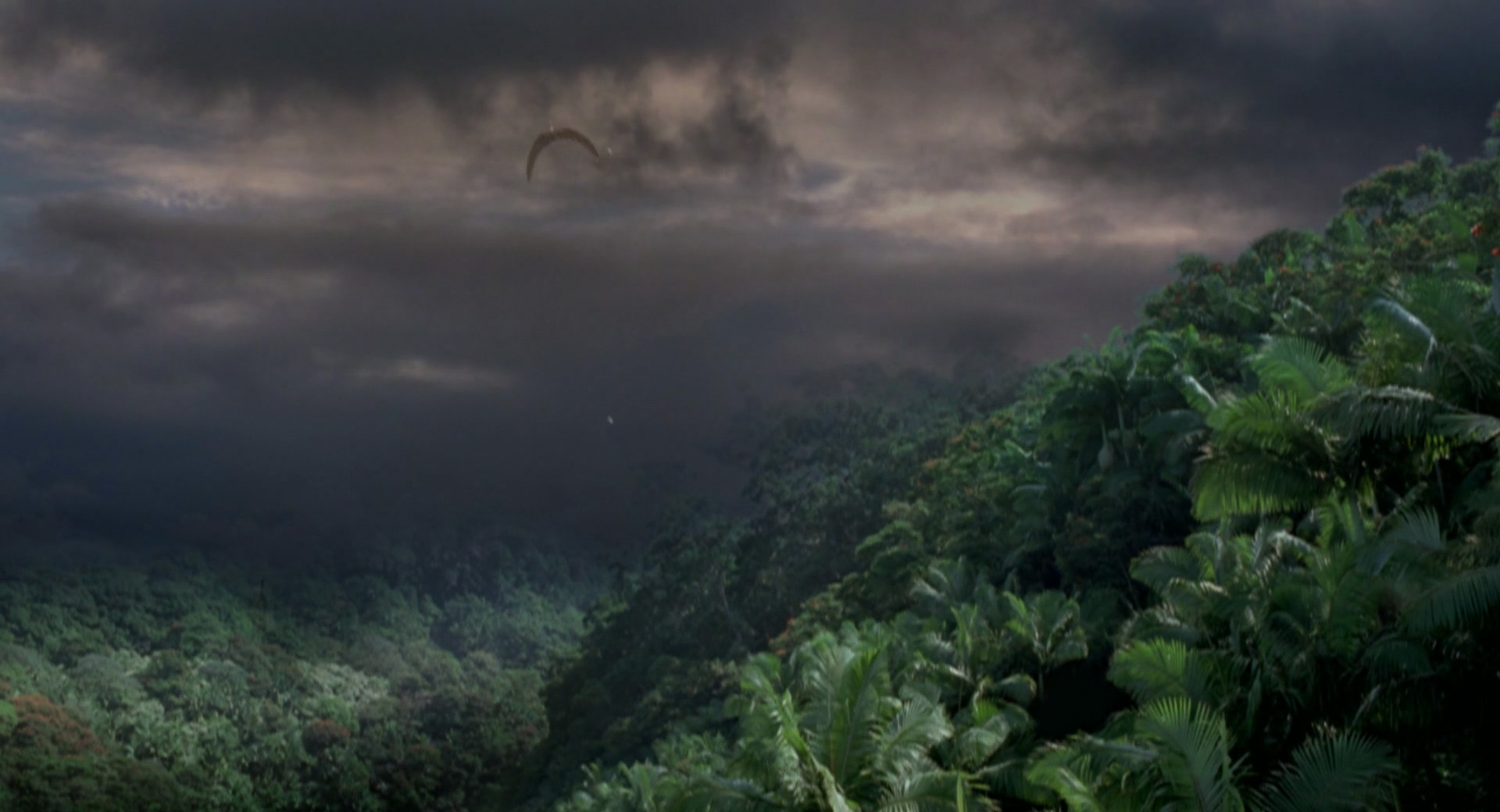 By the time I was over the island, I accidentally dropped the sack of eggs into the forest because I woke up at that point. It is unknown if they all broke or spilled out in one piece and hatched later. But, based on the memory this dream generated, I think it’s the latter.

All the while during the flying part until the eggs fell, there was this background music playing that I remember so well. It was from Dinosaur, you know it’s a very underrated Disney film that came out in 2000.

I saw the trailer when I went to see Toy Story 2, and had no intention of seeing it [Dinosaur] as there were parts that scared me when the trailer played. I blame that on the carnotaurus and the fact I didn’t tolerate loud noises as well when I was only six.

But one year later, I gave the movie a chance and despite it having parts that scared me as a kid, the one thing I loved was its musical score. During my dream, I heard the music from the movie that plays when that pteranodon carries the egg containing Aladar all the way to the lemur island. That is definitely my favourite score from the movie.

If you need a dose of nostalgia, listen to it here, the good part starts at 1:35

Now I want to watch it after having this dream and at this time I can watch every part. I should make it a ritual, every time I have a dream that involves a subtle connection to a classic Disney film, I should watch it the next day.

It’s a good movie but it could use a bit of improvement like: how come the carnotaurus don’t have any personality? If you’re going to make dinosaurs talk why not include the carnivores? How about a scene where Aladar is a little older and can speak but he hasn’t reached adulthood yet and we see his relationship with the lemurs develop? Because it starts with him as a baby where Plio holds him for the first time and cuts straight to him grown up and he’s already close to his adoptive family. Finally, we never find out what happened to Aladar’s real mother. Just my suggestions, other than that, I love this movie.

I’m off to debate with myself again regarding another major project that includes spending a lot of money since I can’t seem to act on it without making sure I have everything laid out and decide if it really is necessary.

1 thought on “Flight to Lemur Island”