Just what I need is a vivid dream that takes place at Skyhold. As the Inquisitor and Dragon Master, I was busy preparing a surprise birthday for the Iron Bull while he and his Chargers were out hunting for the last bit of red templars in Emprise du Lion. 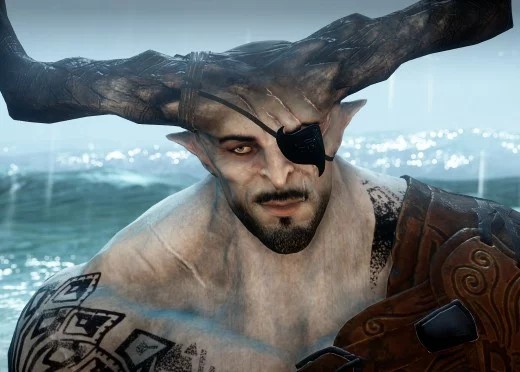 I hung the castle’s pillars with ribbons and balloons. All of my agents were helping, even the researcher from the Western Approach suggested we bring a live dragon, but I said that would destroy everything, unless it was tame.

Everything was set up by the evening when Bull and the Chargers were returning. As soon as they did, we all surprised them and Bull could only react by running up to me when I said happy birthday, and once I told him that I had arranged everything, he swept me up into his arms, giving me a tight squeeze of a hug before kissing me in front of everyone.

Along the while he was like: “Thank you Kadan! Thank you, thank you!”

After that, we all proceeded to the feast that served a big turkey, roasted pork, a large caesar salad, and baked potatoes. I sat next to Bull and Cassandra while across from Dorian.

The bard sang many songs and Sera stood on her chair, clearly drunk, and sang along to the song the bard wrote for her. I sang Empress of Fire and Bull was left enchanted from my performance.

The dinner was delicious and for dessert we had a bull-shaped chocolate cake. Then, after eating, Bull surprisingly wanted to play hide-and-seek around Skyhold. Only Cassandra, Sera, and I were interested. Bull said he would be it and if we were spotted, we had to make a run for it to the home-free base on the other side of Skyhold’s drawbridge. (Funny, as a kid I didn’t play it this way, instead whoever was it, once they found someone they had to help find the rest. I was a really good hider!)

It was dark by then and as Bull proceeded to count leaning against the pillars, the three of us ran off into the darkness. Cassandra and I accidentally ended up squatting at the same spot behind a small snowbank. The moment I saw Bull coming, I started to run giggling and panting, and I tried to fly over into the mountains. But for some reason, I quickly became exhausted and collapsed back into the snow after flying for some time. I had gone out too far and was too tired to go back.

Moments later, Bull found me and picked me up all excited as he had been looking for me everywhere. Just as he started to whisper seductively, I was barely responsive from being too tired. He carried me back to Skyhold and all the guests were surprised to see us. Bull said he had to take care of me, and took me up to my quarters where he put me to bed and decided to stay before getting in bed with me himself.

I must have entered a second dream at this moment where I entered another dream through this one where my backyard was turned into a water park and everyone was trying to get in while learning to use balloons to fly. The most popular ride was similar to Wonderland’s Lazy River that went through fake ice tunnels. I didn’t like it because of something tragic it would display inside the biggest cave that traumatized me.

I woke up back inside my quarters in Skyhold with Bull next to me. He pulled me into his lap and said he had the best birthday last night. He said that there was work to be done today, but I told him I wanted to stay with him a little longer. Then, well he knew I wanted to ride him so we proceeded to that.

That was such a vivid dream, and I’ll admit I needed one. My Qunari always help me escape reality for several hours at night. I wish I could have these more often. Though I also have the hots for Sten and the Arishok, I will always love Bull the most, forever his Kadan. 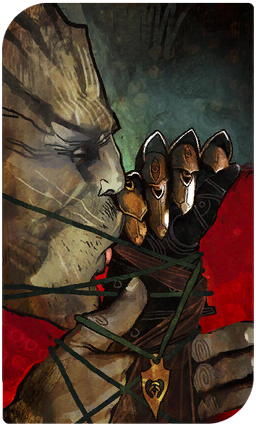