Everyone knows I’m a proud gamer. I’ve played on many different on consoles and now I mainly play PC. My taste in video games has been expanding ever since.

I used to be very picky at the beginning like I only wanted to play games associated with movies and TV shows that I liked, and certain franchises by Nintendo. Then my taste expanded to Xbox games such as their exclusives, then to BioWare’s two most successful series, and indie games on places like Steam. The list goes on, but I am itching for more. Video games are my main source of escaping reality for a few hours, so I would like to highlight in this post, a few game series that I am strongly considering pursuing. 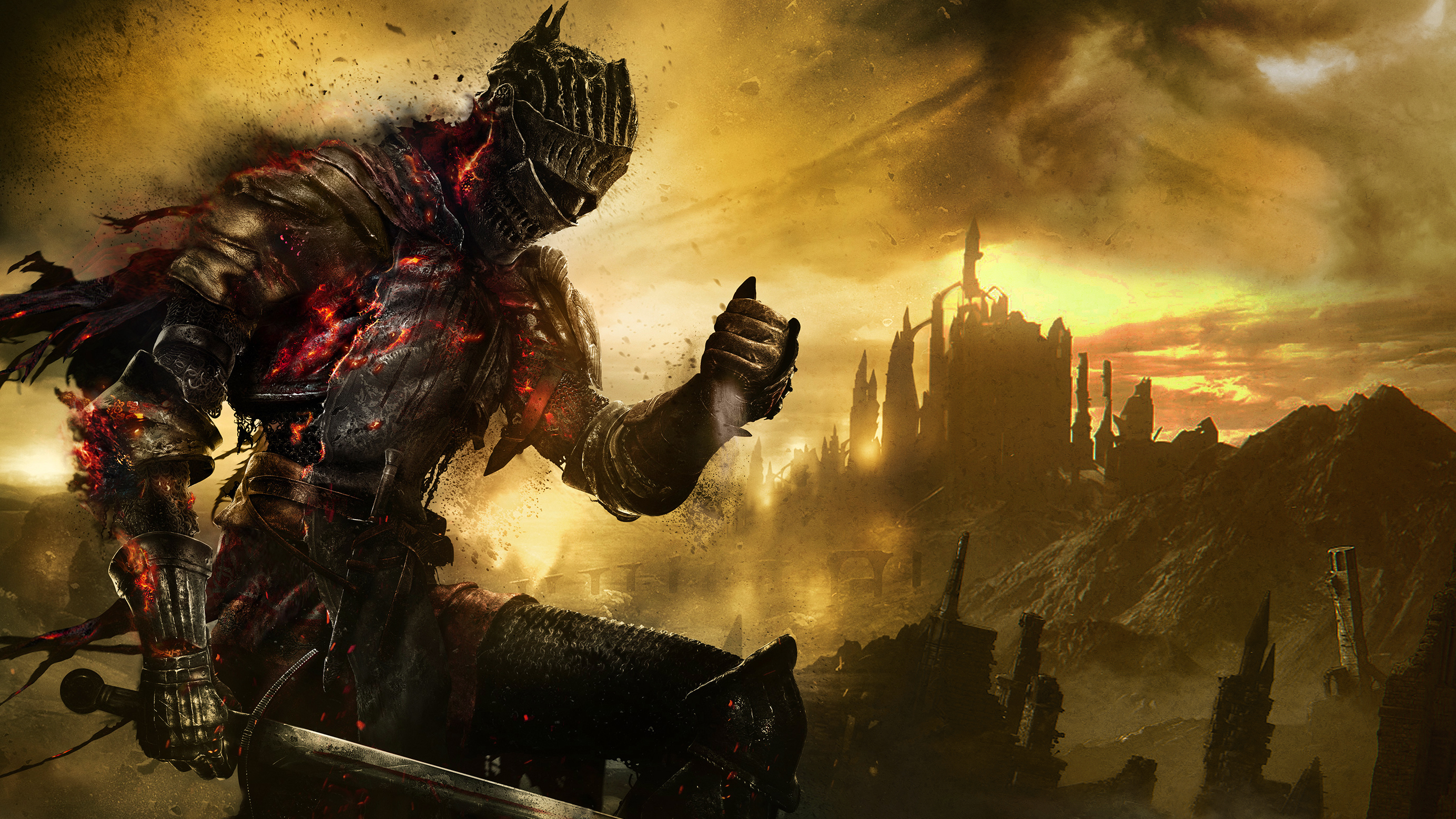 A dark fantasy game praised/criticized for its exceptional difficulty. I don’t know much about it other than it’s hard and stresses the importance of learning from every death you suffer. I have friends who play as does my brother. They have told me some of the basics such as gaining souls from defeating enemies and losing them when you die which impacts where you re-spawn….I think. At first, I didn’t think I could handle it despite loving fantasy games but that changed when I watched my brother play a few times. Then I heard some tracks from the OST’s (sent to me by a friend who is a die-hard fan) such as the fight with a boss called Slave Knight Gael from the Ringed City DLC in the third game. (I’m listening to it as I type this and it’s giving me goosebumps and it’s the first half I like the most) It seems the OST’s rely heavily on Gregorian chant so if I hear a game’s OST before I even am in to it, it’s one turn-on to get me to start playing.

Anyway, if I’m going to get into this franchise, I should probably make sure I’m in a good mental state because if it’s really as difficult they say, I don’t want to get too frustrated where I cry or rage at any point in the game where I start to die a lot and don’t want to continue playing ever again. But hey, you know what they say, every mistake makes you try again harder and smarter, unless you’re really frustrated, then it’s time to take a break and think it through. Think about it, say the enemy killed you with a charge attack because you didn’t time your jump or roll fast enough, well now you know you have to time it better next time! 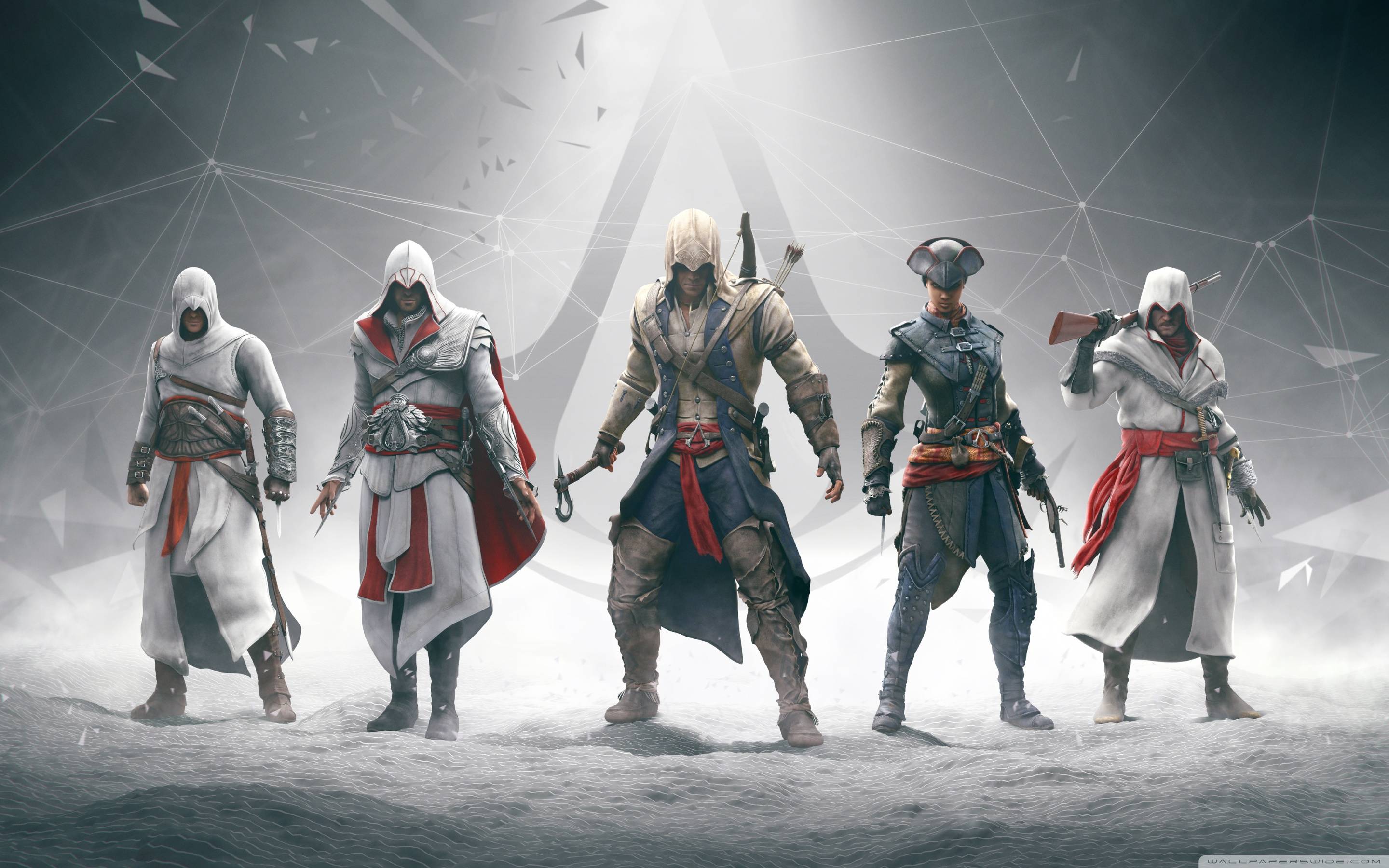 Another series popular with my friends. Developed by Ubisoft, Assassin’s Creed is said to be a historical fiction game series that does feature actual historical events depending on which era the game takes place at. As far as I know, it looks to me that the latest game in the franchise is during ancient Egypt.

I first heard of this series when I was into the roleplaying stuff on Facebook and one of my friends in that community did an RP from the franchise; said it was in relation to a character named Ezio, I think. From the looks of it, AC seems to have different protagonists in each game if they are all during different eras. But again, what really gets me curious is the link to our history. It may also be another open world game, but the biggest challenge of being a new player to this franchise is stealth. I mean hello? Assassin! Sneaking around has never been my favorite thing to do in video games as I always seem to get caught, but with practice I can do it. 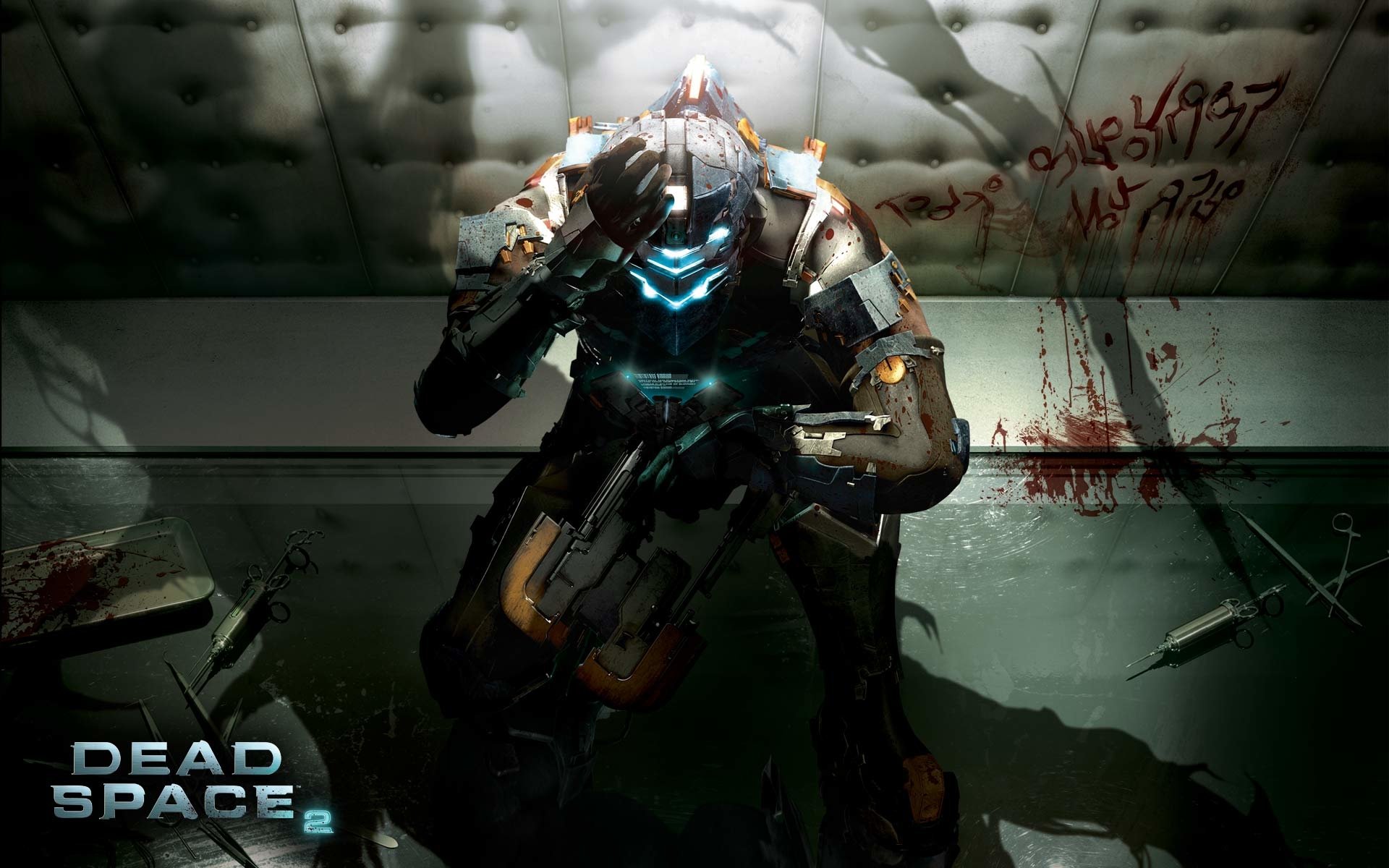 Classified as sci-fi horror, I discovered Dead Space through a friend. At first, I had no interest after seeing this brutal 11-minute machinima my friend showed me of protagonist Isaac Clarke getting brutally killed different ways, where his body was easily ripped apart like he was made of Lego.

That subsided after watching my brother play for a bit, I saw those creepy aliens…no wait, I stand corrected: The necromorphs as the call them, are supposed to be some kind of disease. Anyone who is infected dead or alive (to my knowledge) turns into one. They have several different forms which I have yet to learn, but they are definitely creepier than animatronics! It just looks like another third person shooter game but it’s really the horror aspect that interests me.

Definitely not like most sci-fi games I have played and that’s why I’m looking to start here. There’s going to be a lot of blood and gore but I can handle that right?

One of my friends warned me that if I chose to check out this franchise, I would probably be inactive on social media for several months! Completely absorbed in a new world every time it was time to call it a day with any duties. Another action epic RPG fantasy series I’ve wanted to get into for the longest time. It’s also completely open world and much larger than Thedas, possibly larger than any part of Tamriel. I have the third game (the most well-known) on Steam when it was on sale, but my computer isn’t powerful enough to run it. So, if I were to start with that game specifically, I would have to go back to console or not touch it until I have enough money to build a PC! But, there are obviously other games before it so I could start with those too!
The series centers around Geralt of Rivia who is apparently some sort of warrior/monster hunter. Looking at him right now, he does look pretty hot like he’s a long lost family member of House Targeryen. If I fell for him once getting into this series, it would be way different than what happens in the BioWare universe where you create your OC and have them date an NPC who’s on the market. But I’m sure whatever happens my heart is probably going to beat fast. Aww nuts what have I done?! Here come my friends teasing me if they read this!
It’s also praised for being story-rich and any fantasy game that has deep lore is an instant turn-on for me.
So those are four game series I’ve been thinking about checking out. I don’t know what I’m going to do first, though I might start with AC since I already have the first few games on my Steam account when there was a sale on the franchise, we shall see. Until I make a choice, I’m playing smaller games like Hollow Knight which is challenging but hasn’t infuriated me as much as Cuphead (no wait scratch that, HW is just as frustrating too!)
I’ll either be doing that, killing necromorphs, exploring a vast new world, or fighting monsters to gain souls and well…..praise the sun too. 🌞
👽Emily

2 thoughts on “Video Game Series I Would Like To Try”