Okay, so this dream is definitely a trip down memory lane. There’s always parts of my childhood that I sometimes forget ever existed as an adult, until I have a dream about it.

It started when I was a toddler and it was something my mom passed down to me. She would read to me all these books that always started like this: 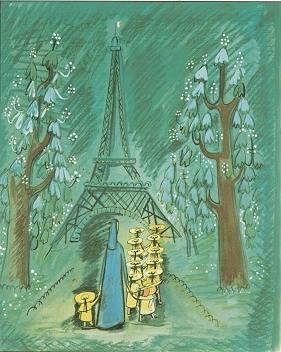 Ring a bell? I read those books so many times as a kid once I learned to read, I also saw a few cartoons, had a computer game, and watched the live action movie of 1998. I told my mom about this dream and was shocked that she still remembers Madeline. I will admit in the books and the movie, she [Madeline] gets into a lot of mishaps such as catching appendicitis, falling into the Seine, and getting kidnapped by a group of clowns with Pepito. (in the books, I think it’s gypsies instead)

So how does this dream relate? All I recall is I was riding on the back of a motorcycle with a boy as we were being pursued a truck that looked just like the one in the movie. I must have been in Madeline’s shoes for this where I was telling him to go faster and reminding him that he could do anything. That was something Madeline would always say to herself when stressed. We were driving down this open road at that time, and sometimes we couldn’t move at all.

I’ve had plenty of dreams where I’m trying to run away and I can barely move fast like my legs are stiff, or I can’t move at all. I still have to figure out what that means and I’ve had a lot of vivid dreams the past few weeks but have neglected to write about them because I’m really busy with work. But they live on in my mind somewhere, especially this one.