Today’s been a fantastic day, or maybe I should say slime-tastic because of all the Slime Rancher stuff that happened today!

First, the main event. Three months ago, I splurged the night Monomi Park announced a Collector’s Edition. Due to the postal strike, I was worried it wouldn’t arrive until the new year, but thankfully the strike ended late last month and the package was expected to arrive on Christmas Eve, but it came early today instead! 😍 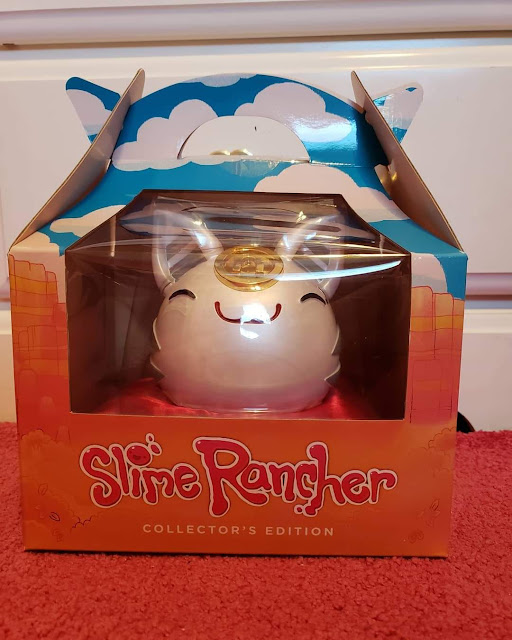 Such adorable packaging! I love the detailed and colourful artwork, and it shows on the back that mine is number 97 out of the 4000 available. So, I will definitely be keeping the box for its design and to store the items in case a day comes where I plan on moving so packing it will be easy. 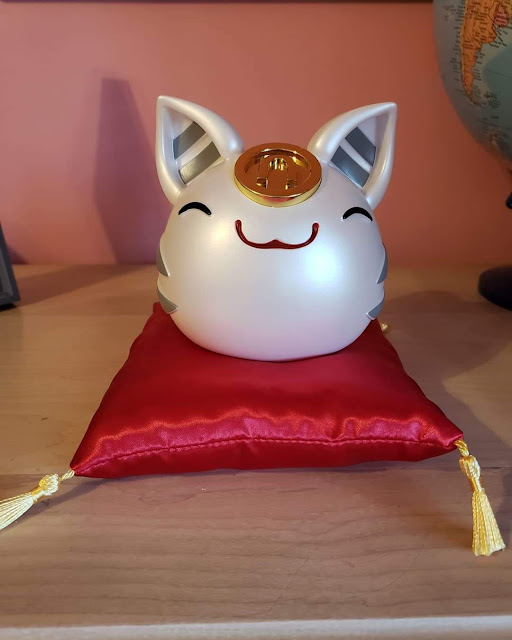 Ah, and here is the Lucky Slime coin bank! My favourite piece of the set. It is super cute and comes with a pillow to display. The slot is wide enough for dollar bills and receipts and an opening at the bottom to retrieve the goods inside, which was something I was hoping it would have. It already looks adorable on my dresser. 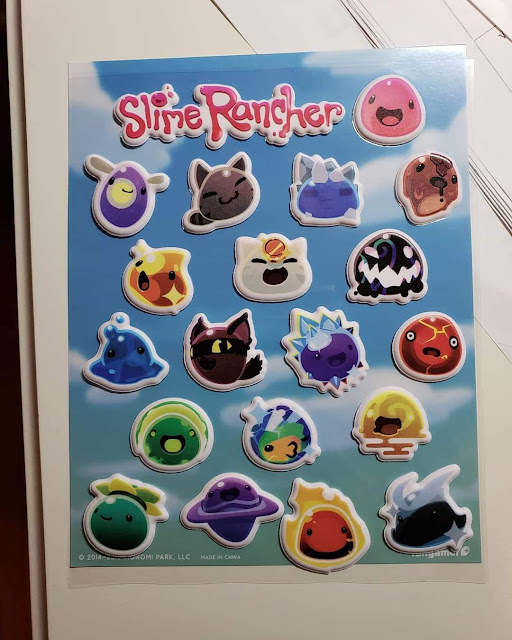 Hmmm, what am I going to do with these stickers? They’re really cute, so maybe I could stick them onto something I use regularly like my planner. The trouble is deciding on which ones to use! 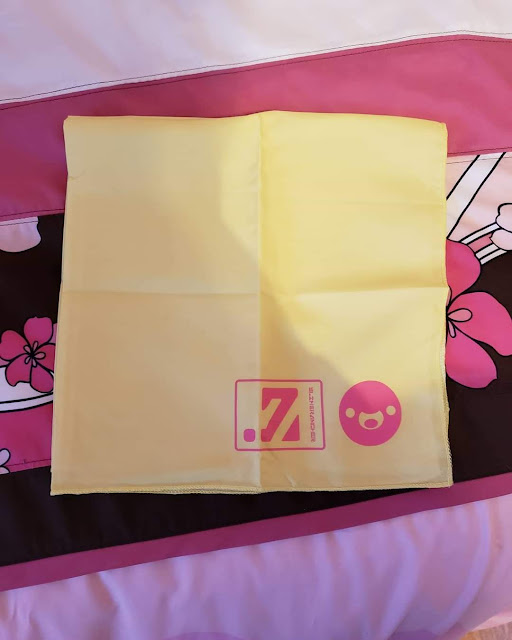 Here is Beatrix’s bandana. I’ve only worn a bandana once in my life and yellow isn’t a colour that I wear. We all have that one colour that doesn’t look good on us or that we just don’t wear for whatever the reason, but at this point, I’m like that no longer matters if it comes from a game or movie I love? Maybe I can learn to wear it on my head to help tie my hair back or even as a necktie, but regardless, it’s cute. 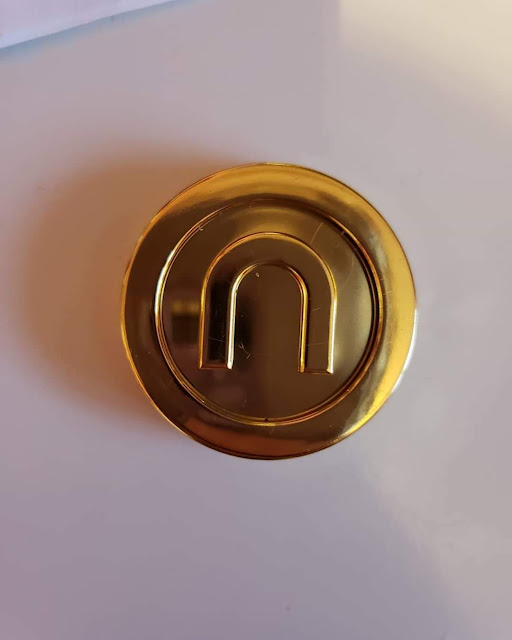 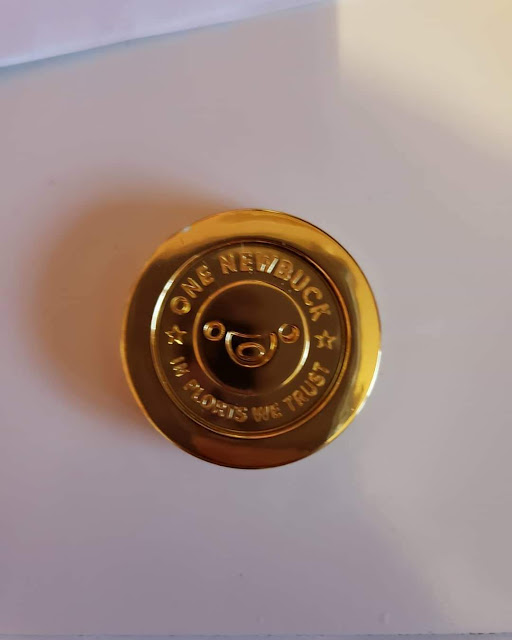 Finally, here’s a little coin which serves as the currency in the game, called a newbuck. I love what it says on the side below the slime face. A reference to the US’s motto. This little thing could be a nice paperweight.

Overall, I’m happy with what I received. This limited edition of merchandise is super cute and worth the wait and the money! ❤

Onto the next thing, also today begins Slime Rancher’s Wiggly Wonderland holiday event. Everyday, the rare Twinkle Slime appears somewhere on the Range until the end of the month. 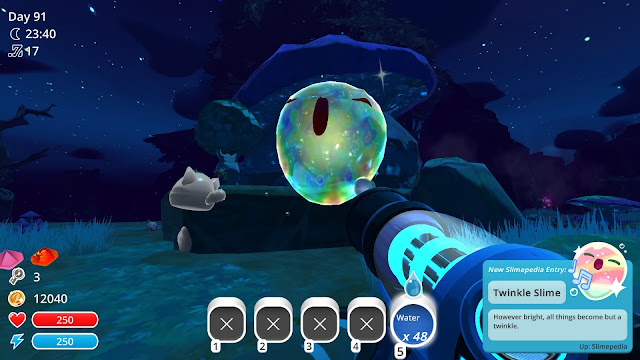 I found it today in the Moss Blanket. Just listen for its song and when you approach, it’ll sing into a crescendo, then vanish, and leave behind a warp station allowing you to return to your ranch and back. It also leaves behind chimes all over the area. You can collect these chimes and bring them back to your ranch if you like.

I never spent a lot of time decorating my ranch because I concentrated on upgrading and building but, I suppose I could spend some more time decorating. I’ve got not just my ranch, but the entire Far Far Range to make prettier!

Lots of surprises today for sure! Slime Rancher is such a cute and happy game that I can always turn to. It is relaxing and colourful and I always play it when I’m in the mood for something other than action and role-playing.

Now, if you’ll excuse me, I’m going to get some sleep and hopefully hunt for the Twinkle Slime again tomorrow after work.