For a whole year I was wrapped in a dark platformer game that I never thought I’d get through. With danger at every turn, many times I felt I wanted to give up, but what drove me forward was the desire unlock the secrets of Hallownest.

I finally finished Hollow Knight, though I will definitely return to it soon. 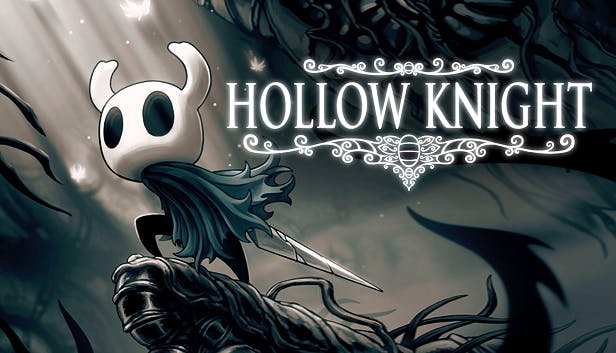 This game is a masterpiece in my eyes and I’ll tell you why.

You come to explore the Hallownest kingdom as the Knight, only to discover many places have been abandoned and an infection has plagued the inhabitants.

In the beginning, the bugs of Hallownest worshiped a being known as the Radiance. But when the Pale King arrived in the kingdom, possibly from a wyrm. The Pale King soon convinced the bugs to accept him as the new ruler and forget about the Radiance. As I traveled through the kingdom, I learned that as time passed, the bugs began to hear the Radiance’s voice in their dreams. At first I thought that this was her way of reminding them that she was the ruler, not the Pale King.

These dreams eventually led to an infection spreading throughout Hallownest where the bugs were corrupt and hostile, some of them even went under grosteque mutation due to the infection where it affected some places worse than others.

In order to combat the infection, the Pale King created a Vessel to contain the infection and seals it within the Black Egg temple with the help of the three Dreamers.

Regarding gameplay, Hollow Knight is also a platformer. However, unlike Celeste, you can’t choose an option where this game can hold your hand. This game is like playing Dark Souls. When you kill enemies with your Nail, you get a currency called Geo as well as SOUL that fills up the circle next to your HP. You can use SOUL to heal or cast spells to deal damage. If you die however, you lose all your SOUL and Geo and have one chance to retrieve it by going back to the spot where you died and you must kill the shade waiting for you to get your stuff back. I tried to treat every death as a lesson in this game, but sometimes it was difficult when I was first starting out.

The game is also completely open world, but requires certain abilities to reach some areas of it. The good news is that if you find you can’t get somewhere because you’re missing an ability that allows you to scale that ledge, you can go a different way instead. Abilities or spells that allow you to travel deeper can be unlocked by defeating bosses or just traveling deep into certain parts of the kingdom, and this game has a LOT of bosses.

While some bosses are mandatory to complete the game, others are totally optional and can be good to pursue if you’re looking to complete the game at 100% or they might reward you with something you really want like a mineral to upgrade your nail or just the achievement. Bosses in this game also don’t display HP, so you just have to keep attacking them when it’s safe to do so.

Let me just say that most of the characters in this game are so charming with their voices and looks that it’s easy to love nearly all of them.

Like Cornifer for instance I would encounter in each area of the kingdom. I always got giddy with excitement when I heard him humming in the distance. Then I would talk to him and get a map. I would always feel so lost exploring a new place until I saw paper littered on the ground, followed the trail until I heard the humming and there he was.

The Nailsmith also was a character who touched my heart. I went out of my way to get all the Nail upgrades from him and when he finished, he asked me to cut him down as he felt his purpose in life was complete. But, I couldn’t bring myself to do it. I eventually found him with Nailmaster Sheo where they were painting and sculpting together. Sheo used to be fond of Nail art but then decided to take up visual art instead, but for some reason I like his brother Mato better; he was just really friendly and taught me that cyclone spin!

The only character I didn’t like was Zote the Mighty, which shouldn’t be such a surprise if you’ve played this game. I saved his life twice and he didn’t even say thank you. He just scolded me for almost killing him and bragged about how smart and strong he was to Bretta (who used to be my fan before Zote came along), I should have left him to die, he can’t even defend himself with a wooden Nail!

For memorable parts of this game, they centered around particular NPC’s I met.

When I first started my journey, I met Quirrel. He seemed totally laid-back and enthusiastic about exploring the kingdom. No matter where I found him; be it the top of Crystal Peak, or in a hot spring in the depths of Deepnest, he was always happy to see me.

So, when I finally got around to pursuing the Dreamers did I have a memorable time with Quirrel. However, it was not until after I defeated Broken Vessel and poor little Myla was infected when the infection spread to the Crossroads. Quirrel was drawn to Monomon’s archives and soon he came to my aid to battle the Uumuu. That was a nice surprise with the music as I’m jumping around to avoid the creature’s attacks until Quirrel strikes it.

Quirrel told me he was Monomon’s apprentice before she became a Dreamer and was called back to Hallownest to reverse the protection placed on her. Why that is is unknown to me, but spending one last moment with Quirrel by the Blue Lake afterwards made me realize he was the only true friend to me in the game.

Scratch that. The Old Stag is my friend too. I remember how happy he was to discover where he grew up at the Stag Nest; despite being the only stag left, and promised he would continue to transport me as long as I needed him.

My encounters with Hornet left me with a lot of questions. She was determined to protect the remains of the kingdom and would not let anyone interfere. First she tried to stop me by force, until I defeated her twice and after that she came to respect me. It wasn’t until I destroyed Herrah did I learn her sensitive side.

She began to talk about how Herrah was actually her mother and when I met the White Lady later on, she said that Herrah and the Pale King were in a sexual relationship which resulted in Hornet’s birth. Herrah agreed to become a Dreamer afterward. Learning this makes me really look forward to Silksong, it might tell us more about Hornet’s backstory.

So, the following things had been discovered once I reached the end: the Knight is a failed Vessel itself created by the Pale King to contain the infection. The Vessel currently in place which is the actual Hollow Knight, wasn’t working and soon the infection would be fully released. That would explain why the Crossroads suddenly became infected later in the game. Once all three Dreamers have been eliminated we can challenge the Hollow Knight inside the Black Egg.

This boss was surprisingly not as difficult as I imagined, yet once defeated you will get a different ending based on what you did prior to this fight. The first ending you become the new Vessel and this time it seems like it worked and that’s the ending I got.

All I know about the Radiance is she is clearly determined to get the people of Hallownest to bend to her will once again, and creates such an infection, hoping it will rid of the Pale King’s influence on the bugs. I think I would prefer to get the third ending in the future where you defeat the Radiance and purge the infection for good. But to do that, I need the other half of the Kingsoul which is in the White Palace, and that White Palace is a fucking butchery with all the saws and spikes. It’ll be a real challenge but since I love this game so much and will play it again and again in the time to come, I will have to eventually face it if I want that Void Heart so badly!

Closing this off, like I said, this game is a masterpiece, I never thought I’d come to love it this much. I love the hand-drawn animation, so it’s so nostalgic for me having grown up with the 2D Disney films, it’s got so many cute lovable characters that will stay with me forever, and it has a beautiful soundtrack (like the piano music in Resting Grounds is so calming and even Deepnest with its noises of creatures crawling was well done).

Maybe I’m being too nice with these reviews, but what can I say? Games like these just end up possessing things that I look for in a good game!

I’ll have to go back to it soon to finish the Grimm Troupe and Godmaster DLC, as well as get that other piece I need for the Void Heart. I also look forward to my Wanderer’s Journal arriving in the mail soon.

That ought to keep me busy until Silksong’s arrival. Fingers crossed that we get an announcement about it at E3 this year.

6 thoughts on “Hollow Knight – Into the Void”