There are so many things I want in life, but they are simply out of reach because where they originate can’t set foot in my country for some reason or because it doesn’t have as big of a fanbase or demand. Some of it is beauty products, some of it is music-related, and other things that are just simple little features I’m tired of missing out on.

Lo and behold the top things I want to get their butt into my country.

Ever heard of those beauty boxes you can subscribe to and they send you one full of products to try every month? Well, Sephora actually does have this, but unfortunately it’s only available in the US.

It doesn’t make any sense why they’re not willing to expand this service beyond that country because it’s not like Canada has any regulation against subscription boxes, and Sephora already has a large presence here. So why don’t Canadian customers get the same offers and services as US customers?

I would love to try a beauty box subscription someday, not forever but maybe for a few months to a year to see what it brings. My cousin suggested Ipsy, but their boxes ships from the US which means that if I subscribed, I’d be paying more than I need to monthly due to currency conversion, and the box would take a little longer to arrive due to customs.

That’s why I think it would be convenient if Sephora just made their PLAY! box program here in Canada so it arrives quick every month and I only pay matching currency.

I think it’s super lazy of the company to not put this into consideration. You should be treating your customers equally by offering the same services. Right now, I’m giving a bunch of DE products a go after hearing lots of raves about their products being game changers and dermatologists suggesting them. I’ve gone through the Littles and a few other sets. So far, this is the only product that you can get in the US exclusively.

Unlike the PLAY! subscription, I can understand why because Health Canada has a rule on the maximum concentration of certain acids such as AHAs that can be put in drugs and cosmetics, and this product, well you can see how much AHA it has in the picture above and I think the max percentage here in Canada is 12% or 14% I think.

Again, this is something I would like to try, just to see what it does. I’d use it every Sunday afternoon or evening. Doubt I’ll have any issues since I’ve been doing chemical exfoliation for years, but that’s not going to happen unless I make a trip to the US, buy it there, and get it across the boarder. 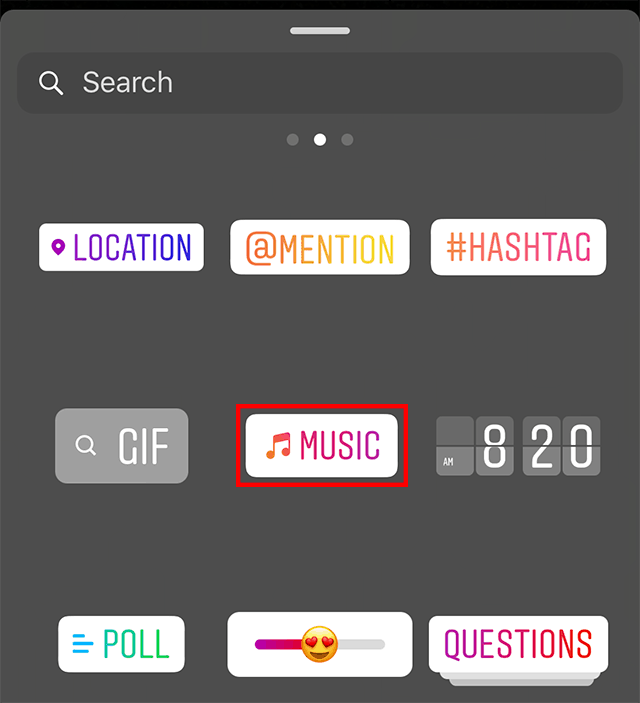 I keep seeing new things added to it from my friends in countries that have it like adding lyrics. As a sucker for loving to update my Instagram story when possible, and music in general, I would probably “abuse” this feature a little should I have it!

Except no, Instagram works in a way where every new feature comes out gradually around the world. Sure, that happened with the livestream feature which I have now, but this? It’s been over a year and a half and still nothing.

Though it may not be Instagram’s fault, it could be due to licensing. Still, not everyone wants to pay for a VPN to have access to this.

More than half of the bands I listen to are from Europe. Mostly the Scandinavian countries, Germany, and the Netherlands.

Yet only a few of them tour over here. If I cannot see them, my only consolation is merchandise. Sometimes that is also hard to get because of currency change or lack of shipping to Canada.

It makes me wish that the demand for my favourite bands was higher so I could see them live more often instead of saving up my money for months to years to go to Europe. Not saying I don’t want to do that, I’m just saying that it would be easier for me. I don’t have to explain why.

I’m still waiting for some of my favourite bands to tour Canada. Powerwolf still hasn’t set foot here, Orden Ogan does ProgPower in Atlanta but no tour in Canada yet, and I pray Lordi returns.

Canada needs a bigger metal scene, speaking of which…

Sure, we get Heavy MTL in Montreal, but that’s pretty much it. Doesn’t do good for those living in the Western and Northern provinces who like that kind of music and cannot always drop everything and travel to Montreal.

I know I always make that statement, but trust me, if you worked in healthcare, you’d understand why having something closer to you is more convenient.

Yet I hear about all these other metal festivals in Europe and the US like Ozzfest, Wacken, ProgPower, and a bunch of other ones in a non-English title that I can’t spell or pronounce, the list goes on.

In my hometown, there is a small festival at the beginning of September every year, but the music there is mostly blues music and nothing heavier that I enjoy. It makes me sad that Canada doesn’t seem to have a large presence of the music that I love and it makes me feel alone. Why can’t there be something that brings people like me together? I may have a lot of online friends with similar music taste, but I want more friends offline who also enjoy it and I think a metal festival would be a great way to bring us together to show that Canada does have a metal scene after all.

My only request is that it not be the metalcore stuff. Is that too much?

And those are the things I wish I could enjoy in my country. Don’t get me wrong, I am proud Canadian and I wear it like armour, but sometimes I wish that there weren’t restrictions on things I want and that certain things I love had a bigger presence in my country.

What sort of things do you want that you can’t find in your own country?

2 thoughts on “Top Things That Need To Come To Canada”