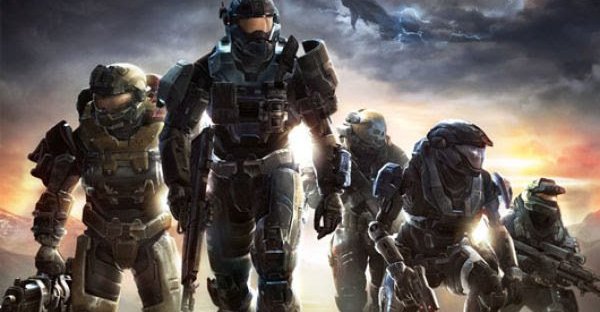 Oh wow, it’s been such a long time since I did a review of a Halo game! Well, I just finished my first campaign run, and Reach is one of the games that I have yet to review based on the story.

I remember when this game first game out, I binge-played the crap out of it. Grinding and grinding like no tomorrow! But, what about the story?

The story is a prequel to Halo Combat Evolved, and takes place on the planet Reach: one of the planets colonized by humanity and the largest of those colonies. They make it seem like this was the start of the war against the Covenant, though actually it began on Harvest, another planet colonized by humans.

We are introduced to the Spartan fireteam Noble where we play as Six, the newest member. Not much is known about them except that they are frequently a lone wolf and don’t speak unless spoken to. Once the Covenant is spotted, it seems like the UNSC have the upper hand, especially after the destruction of the Long Night of Solace supercarrier, but then the tide turns immediately after that victory when Supreme Commander Thel ‘Vadamee’s fleet of Particular Justice arrives in full force along with other fleets, and an invasion begins with the slaughter of countless humans and glassing of the planet’s surface. This results in Reach’s fall at the hands of the Covenant.

Gee, writing that summary makes me wish we could get like a book, game, or short film about the invasion from the Covenant’s perspective. As a Sangheili fangirl, I would pay all I’ve got to see that! Call me a traitor.

For gameplay, Reach has a lot of features that I like compared to the other games, there are some weapons that I love to pick up like the the needle rifle. But, on higher difficulties, if you’re playing campaign, it’s just best that I try to stick to carrying a plasma pistol and a scoped weapon, the DMR being my favourite.

Reach also introduced me to Firefight mode which I would grind at online almost daily to rank up and unlock new armor, I only cared about getting the Elite armor though. Speaking of Elites, my only complaint about gameplay is that playing as an Elite in this game has been restricted to only certain modes. I love my Elites and I don’t like restrictions put on me just because of “balance” issues.

In the beginning, we’re meant to see Noble Team as badass Spartans. You think nothing can defeat them, but as the game progresses, you get to know them and learn they all have their strengths and flaws. We have Carter the leader, Kat the smart one, Jun the stealthy, Emile the hard-headed, and Jorge the hearty. But none of them last, except for Jun that is.

And then he pushes you through the Corvette’s shield and you eventually fall back to Reach’s surface. How any Spartan could survive that fall is a mystery to me. If you listen to the soundtrack of that mission, I feel like the music doesn’t get to me until the very end when Jorge sacrifices himself.

After that, the story’s remaining moments is when things start to get really bad. Each of Noble Team meet their fates that are parallel to their personalities, save for Jun who it seems we never saw again afterwards.

Aside from Long Night of Solace mission which I enjoy because it takes place in orbit, I actually enjoy the New Alexandria mission where you have to disable the jammers at the hospital, nightclub, and the Sinoviet tower. It has a unique approach as well where objectives are in random order. Whenever I play this level, I’m always ordered to go to the hospital first, and then either the club or the Sinoviet tower.

The best parts of this game are at the very end, because there we start to see ties to the start of the story centering around the Master Chief. Now I know that Dr. Halsey created the original Spartans: children were recruited and underwent training and augmentations, including John.

It doesn’t take long for you to figure out that Halsey needs to to deliver Cortana to The Pillar of Autumn, then you stay behind to ensure the ship departs the planet. That sets the events of CE in place. Six stays behind for one last stand until they die.

Those parts always get to me, and the Covenant are much more ruthless in this game compared to the others. I think that’s because we don’t have any Flood to deal with thank God.

It’s a decent story where some moments of it are strong, and others not so much. It gets a B from me.