Finally a dream that pays a tribute to the Clone Wars, my favourite era in the Star Wars universe! It’s been forever since I’ve had one of these dreams and I want to have them more often. Maybe if I start another marathon of the series it’ll start to occur. Besides, there is a good reason to do so because there’s been an announcement not so long ago that the series is returning and I can’t describe to you how happy this makes me.

I know that Rebels is currently the rage but I’ve seen clips and animation, and it just doesn’t appeal to me. You can’t beat the things TCW has and I’m not going to waste my time using this post to list them all.

So, this dream felt like a mixture of things related from season 3 and 4 where there was the Citadel mission when the Jedi and clones were smuggled in to rescue Even Piell, and then Grievous’ attack on the Nightsisters of Dathomir and they lost to him.

I remember opening my eyes to come out of a pod like I was in cryosleep and nearly fell into a pit of lava before grasping onto the nearby rocky ledge. I climbed up and entered the facility quietly, there were no droids in sight at first, which I found odd because if this is supposed to be the Citadel prison, don’t you think they would have maximum security set up? 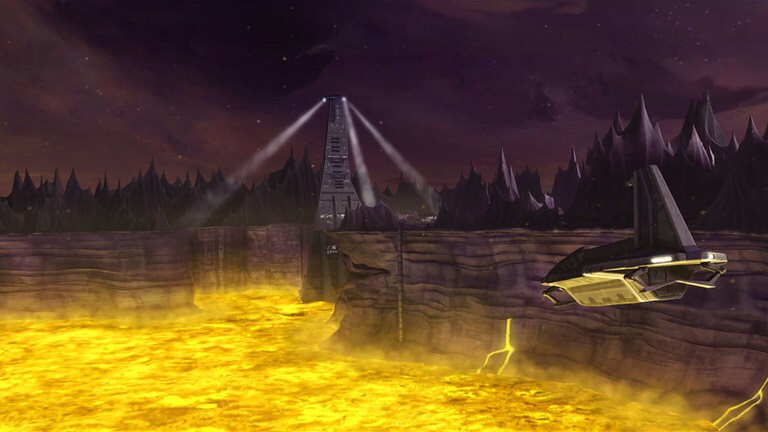 The halls were like the ship Nostromo from the Alien universe and there were piles of dismantled battle droids in the corners. I felt like Ahsoka at this part where she had decided to sneak onto the Citadel mission despite Anakin telling her that it was for the elite only, but she wanted to prove herself she was ready for that kind of mission.

Later on, I could see on a screen above was footage of the massacre on Dathomir as the Nightsisters were forced to fall back and Daka did not realize she was found until it was too late. I watched Daka die by one of Grievous’ sabers and felt glad that I was not part of the attack.

I soon came to a room flooded with refugees claiming to be survivors of the attack, some of them I recognized as Nightsisters due to their red outfits. Among them was Asajj Ventress who still had her hood up, and when I went over to talk to her, she seemed pretty distressed and said that Grievous had in fact killed Daka and that all the survivors, including her, were prisoners in the Citadel.

She also mentioned that Grievous was returning to finish them off if no interrogation was successful. I suppose he wanted to know if there were any other places Nightsisters were hiding.

I started to run out the door and felt like I was Emi Takori (My OC in the Star Wars universe and one Jedi at the top of Grievous’ kill list) knowing he would kill me on sight.

By the time the door opened, I was standing in my neighborhood back home and I tried to fly; as this is usually a good time in a dream to do so when I want to escape something or someone. However, instead of sprouting wings, I found myself floating freely with no control over what direction I went, and even though I appeared to be up very high, there constant wires getting in my way. You know, the ones that electricity flows through. Flying in my dreams gives me a sense of freedom, like the night before my final exam in April, I had three dreams in a row where I was flying high and singing without getting tangled in any obstacles. But these wires appear to serve as a representation of challenges in my life.

Anyway, that’s it for another dream, I’m hoping when I go up to the cottage in a couple of weeks, I will have tons of vivid ones I can document, and high time I start spending my money on new gaming stuff instead of skin care.